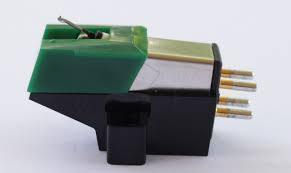 "The AT95SA is among the "best buys" in reasonably priced MM cartridges, if not the best buy..."

I thought the 95SA was strikingly superior sounding to the 95E.The sonic differences between the AT95E and SA are nothing short of enormous. The SA’s high frequency performance is vastly improved, with silky, smooth transients, better extension (unless you confuse “crunch” with genuine extension) and “gobs” more resolution.The improvements don’t stop there: the midrange is far more supple as is the upper bass. This results in far superior bass: no more cardboardy string plucks. Voices take on greater weight and warmth and instrumental timbres are remarkably improved. Ms. Taylor’s voice now sounds rich, warm and three-dimensional. The saxophone now has a “reedy” quality missing from the AT95E rendering. A major transformation for the better. Though it costs 3X as much as the AT95E, the AT95SA is probably 10X better. It’s difficult to quantify that way but I’m doing it anyway. Listening to this track had I not known what I was listening to I’d have a difficult time believing it was recorded using a $179 cartridge, an under $1000 phono preamp and a $1500 turntable. It sounds that well-resolved, rhythmically superb, tonally sophisticated and just plain right! The AT AT95SA is among the “best buys” in reasonably priced MM cartridges, if not the best buy, but only if you carefully set SRA. Michael Fremer Analogue Planet

Shibata styli take the elliptical design further for greater contact with the record. When properly aligned, offer fantastic high-frequency performance, longer tip life, improved tracking, and low record wear. They are, however, harder to manufacture than elliptical styli, and therefore expensive.S hibata diamond stylus are the same diamond as used on Epensive MM/MC Cartridges. Its slim, highly polished profile allows an exceedingly wide contact area to the groove walls and ensures notably detailed reproduction throughout the spectrum, including even the most high frequency groove information.

The AT95E was original equipment on many turntables throughout the decades, this cartridge and it's predecessors including the AT3400 have provided a superb value in the middle class range

AT95SA and its Shibata stylus gets you more high frequency detail and resolution, without any attendant artificial brightness or edge. High frequencies sound silky and sweet, yet still cast clarifying light on the frequencies below, sharpening timbral acuity and bringing out more detail and nuance of performance. The basic rhythmic skills of the AT95E are not compromised, are, in fact, improved, as the AT95SA sounds even quicker on its feet and is more capable of rendering subtleties of performance technique. The increase in bandwidth and resolution clarifies orchestral instrumental timbre significantly, thus making Classical LP’s as communicative as Rock and Roll albums."
"The AT95SA becomes my reference for inexpensive cartridges."