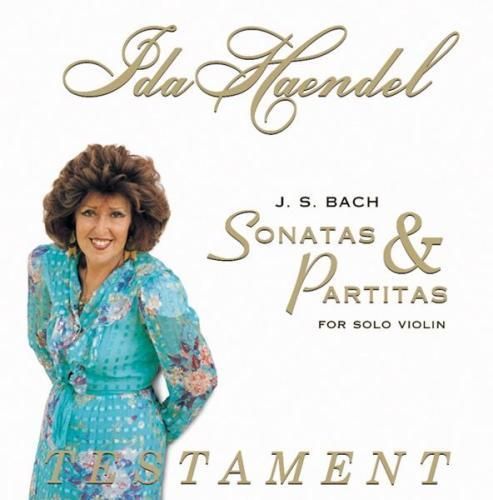 This recording received a 1998 "Critic's Choice" award from Gramophone magazine.

It is the most historic record of our time, the last master of the 20th century violin that connects legend and present, and Handel's unbelievable age to be 72 years old. With this record, Handel added: `Bach's music was no longer sacred. Rather, it was close to the most human emotions and emotions ... Bach's music had dramatic life, passion, tragedy, tears ... everything melted "

When I heard Podger play these pieces I thought no one could better her sleight of hand. Haendel, however, has attacked these pieces with utmost understanding and technical prowess. By humanising this incredibly complicated and moving music she has invested it with a really timeless quality which brings about a feeling of transcendence throughout. She is sensitive enough to uncover the jewels inside this mystery but assured enough to bring them out confidently but with subtlety.

This is some of the finest music Bach ever wrote and it is indeed a very personal and often difficult journey we see presented in these works, which scale such heights and visit such poverty that they defy belief, but Haendel has made them accessible to us in such an elegant format that we are left feeling grateful for this gift. The performances here are certainly mature and show a life-long commitment to exploring and articulating this brilliant set of sonatas and partitas. Convincing, assured and infinitely graceful, these are wonders of a violinist's true art of realisation.

It is refreshing to witness her attitude to performing Bach as something to live with, to continually renew, rather than attempting to 'conquer' the music. (She says we must keep trying to achieve the challenges he has set us by such demanding music, both for listener and performer, and here she manages to bring us closer to the man himself by making human some of his most divinely inspired music.) If an artist can add to another artist's creation with understanding the music doubles up on its beauty. I think Haendel has brought us as humanly close to this set as possible. Quite an achievement!