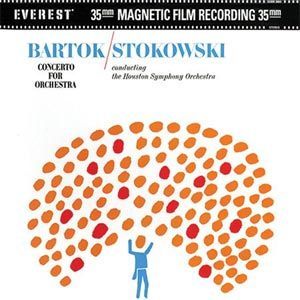 Mastered directly from the original 35mm magnetic film using an "all tube" cutting system!
Pressed on Classic's 200-gram Super Vinyl Flat Profile at Quality Record Pressings
Sets come with Stoughton Printing tip-on old style original jacket artwork and Everest Records-branded jacket
Two LPs are packaged in a protective clear sleeve
Among Classic Records' highlight accomplishments— was unlocking the audio majesty of the Everest 35mm magnetic film recordings on a groundbreaking reissue series. Now, return with us, as Classic Records by Analogue Productions returns this vintage audiophile collection to its rightful glory.
Everest LPs through the early 1960s were recorded on 3-channel 35mm magnetic film recording equipment. 35mm magnetic film yielded greater fidelity and less noise than standard 1/4" recording tape. The Westrex Corporation built special equipment to Everest's specifications to accomplish these advantages.
Fast forward to today: Classic Records by Analogue Productions is resurrecting this collection through an initial 10-title reissue series. Bernie Grundman cut the Classic Records reissues at both 33 and 45 RPM — the 45 RPM versions have never been reissued!
• Quality Record Pressings 200-gram flat profile LPs — These records are pressed with a flat-edge, no groove-guard flat profile, like the originals. The flat edge refers to the absence of a raised, beaded lip on the outer edge of the record, providing a flat playing surface - and no incline — on your turntable.
Quality Record Pressings' quality is legendary and these flat profile 200-gram platters will look and sound exceptional!
Each 2LP set comes with a Stoughton Printing tip-on original jacket and an Everest Records branded jacket showing photos of each reissue title. The two LPs are packaged in a protective clear sleeve.
Bartok's Concerto for Orchestra derives its name from the approach taken in treating instrument groups within the orchestra in a ‘concertante' or soloist manner throughout the piece. This virtuoso treatment, for example, is notable in the fugato section of the first movement where the brass are highlighted as well as in the second movement where pairs of instruments appear consecutively creating a brilliant passage. Stokowski's interpretation of this popular Bartok composition was recorded at the Houston Civic Center by Bert Whyte and team and originally released in March of 1961.

Note: The full concerto on this LP covers three sides of the release; Side 4 is a repeat of Side 1