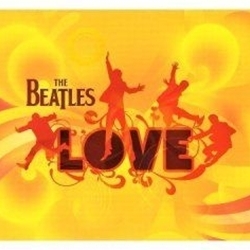 Love, a co-production with Apple Corps Ltd. and Cirque du Soleil, truly celebrates the musical legacy of The Beatles like no other. This 2006 joint artistic venture marked the first time that The Beatles company, Apple Corps Ltd., had agreed to a major theatrical partnership. The project was born out of a personal friendship and mutual admiration between the late George Harrison and Cirque du Soleil founder Guy Laliberté.

Sir George Martin, The Beatles original producer, and his son Giles Martin worked with the entire archive of Beatles recordings to create the musical component for Love. The result is an unprecedented approach to the music for a stage production. “I think we have achieved a real sense of drama with the music, the audience will feel as though they are actually in the theatre with the band. People are going to be knocked out by what they are hearing!” explains Giles.

Using the master tapes at Abbey Road Studios, Sir George and Giles created a unique soundscape for Love. “We wanted to make sure there are enough good, solid hit songs in the show, but we don't want it to be a catalog of ‘best of's’,” adds Sir George. “We also wanted to put in some interesting and not well-known Beatles music and use fragments of songs. The show is a unique and magical experience.”

“This album puts the Beatles back together again, because suddenly there’s John and George with me and Ringo,” said Paul McCartney. “It’s kind of magical.”

“George and Giles did such a great job combining these tracks. It’s really powerful for me and I even heard things I’d forgotten we’d recorded,” commented Ringo Starr.

“The album has the feeling of love and that’s why the title is Beatles Love,“ added Yoko Ono Lennon, "They have let everything that is beautiful and daring come out.”

“The music is stunning. I think the most amazing thing about it is that you can pull it apart and find that all the elements carry with it the essence of the entire song,” said Olivia Harrison.

Andrew Slater, President & CEO Capitol Records said, "The Beatles and George Martin invented everything we love about modern recorded rock music. It is only fitting that they now shake things up and create the new blueprint for rediscovering and falling in love again with the soundtracks to our lives."

Disc: 1
1. Because
2. Get Back
3. Glass Onion
4. Eleanor Rigby/Julia (Transition)
5. I Am the Walrus
6. I Want to Hold Your Hand
7. Drive My Car/The Word/What You're Doing
8. Gnik Nus
9. Something
Disc: 2
1. Blue Jay Way/Being for the Benefit of Mr Kite!/I Want You (She's So Heavy)/Helter Skelter
2. Help!
3. Blackbird/Yesterday
4. Strawberry Fields Forever
5. Within You Without You/Tomorrow Never Knows
6. Lucy in the Sky With Diamonds
7. Octopus's Garden