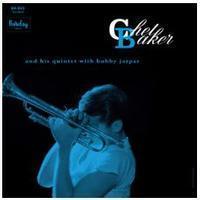 Each record has been visually checked to prevent defects.

This third Chet Baker release completes Sam Records’ cycle of his French Barclay Disques sessions recorded between 1955 and 1966. This was the last of Baker’s three record commitment with Barclay and despite the title, it’s a compilation of recordings made by Baker at the Studio Pathe-Magellan, some with Jasper’s quintet and others with other musicians resident in Paris.

Baker’s own group had fallen by the wayside when his pianist Dick Twardzick had died of an overdose, and he teamed up with Jasper’s group in clubs and in the studio. Tenor sax player Jasper and his wife Blossom Dearie are all but footnotes to jazz history today, and this record is a scarcity both in original and reissue form, but it contains some of Baker’s most hauntingly beautiful playing. Anyone looking to explore what made Baker such an appealing musician cannot do better than to listen to the three Barclay albums. Sam Records has packaged each of these three LPs in authentic flip back covers with gorgeous photographic reproductions. The mastering is top notch and the pressings are gorgeous. Some day in the not too distant future these will begin fetching high prices on eBay.
Sound 9/10 Music 10/10 Dennis Davis HI-FI + March 2014

"Chet Baker and his Quintet with Bobby Jaspar" -

In answer to an offer from Nicole Barclay, Chet Baker arrived in Paris early in September 1955. On the 22nd – or maybe the 23rd – he signed a contract to make seven records... (The figure was later erased and replaced by 'three', which turned out to be correct). Released after the trumpeter’s return to the USA, this last volume was construed as rather a poor relation opposite the others in the trilogy, all the more so because, hurriedly drafted, the sleeve-notes did little to render unto Caesar the things which were Caesar’s. Unlike the earlier opuses, this one was in no way a concept-album: it contented itself with a simple overview of Chet’s Parisian associations, depending on where his fancies took him in the course of his stay. When Chet entered the Studio Pathé-Magellan on October 25th, only one member of his original accompanying trio was still present: pianist Dick Twardzik had died of an overdose, and drummer Peter Littman had returned home after selling his kit for whatever it would fetch.

Jimmy Bond and his contrabass, however, were both still there, and in the ensuing octet session Chet’s melodic gifts were magnified by (remarkable) scores penned by Pierre Michelot – Chet, Dinah – and Christian Chevalier (Vline). The three pieces were mini-concertos, and the trumpeter loved them so much that he decided to do them again back in America ... but not so successfully. On November 28th Chet went back into the same studio, this time with Raymond Fol on piano, Benoît Quersin on bass and Jean-Louis Viale on drums. They recorded two improvisations: the first was based on a 1932 standard from Howard Dietz and Arthur Schwartz, "Alone Together", while the second began with "Exitus", a composition written by one of Baker’s friends, Phil Urso.

The performances are among the most beautiful that Chet produced during this period, along with "Chekeeta" – or Chik-Etah – and "How about You?" which put the seal on a partnership that had first come to light at the Club Saint-Germain, temporarily rechristened for the occasion: »Every Saturday and Sunday afternoon from 16h30 to 19h30 at the Barclay’s Club – 13 rue Saint-Benoît, Paris – Bobby Jaspar Quintet with American trumpeter Chet Baker«, read the sign. The format was stylistically ideal, leading Chet to abandon the quartet format he’d preferred up until then. To respect his next bookings, Chet had to get a stable band together, and as his pianist he chose Raph Schecroun – later known as Errol Parker – who was himself replaced by Francy Boland. Alongside him were bassist Eddie de Haas, who’d previously been with Martial Solal and Henri Renaud (the latter, in the adventure, also lost his regular drummer, Charles Saudrais, who was just seventeen. According to Jean-Louis Chautemps, »When Bobby Jaspar couldn’t do it or just wanted too much, they looked for 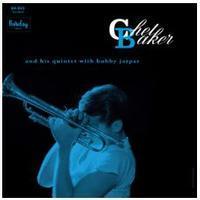