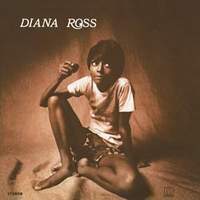 After her separation from The Supremes, Diana Ross presented herself in a remarkably casual manner on the cover of her first solo album.

Many had feared that she would only now appear in ritzy clubs, dressed up to the nines, and singing the childish little love songs of her early years, which had brought her the unflattering nickname 'Princess of plastic pop'. But no. The ego trip on record took her swiftly towards a punchy, broad-band sound which gave soul music of the 70s a new impetus.

Despite this, the present album isn’t just filled with racy numbers; there are a number of ballads with top-notch arrangements such as "Reach Out And Touch" and "Now That There’s You", both of which stand out for their silky strings, meticulously dosed background singing and powerful chords on the piano. And the album also includes a brand new arrangement of "Ain’t No Mountain High Enough", which had been previously released to whet the appetite, and was voted among the ten best single releases ever produced by the magazine Rolling Stone. The superlative could well be applied to this debut solo album as it must surely be one of Diana Ross’s best performances of her entire career.

Her self-titled debut LP (later retitled Ain't No Mountain High Enough after the single became a hit) was arguably her finest solo work at Motown and perhaps her best ever; it was certainly among her most stunning.

1. Reach Out and Touch (Somebody's Hand) 2. Now That There's You 3. You're All I Need to Get By 4. These Things Will Keep Me Loving You 5. Ain't No Mountain High Enough 6. Something on My Mind 7. I Wouldn't Change the Man He Is 8. Keep An Eye 9. Where There Was Darkness 10. Can't It Wait Until Tomorrow 11. Dark Side of the World