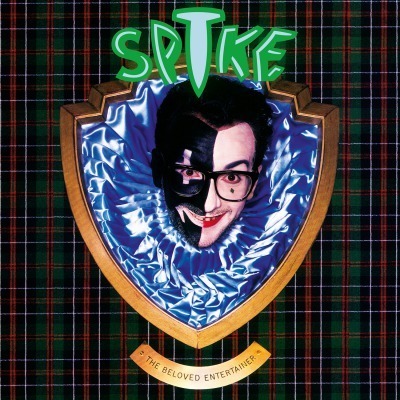 Spike is the twelfth studio album by Elvis Costello, which appeared after a two-year layoff. For this album he worked together with greats such as Paul McCartney, Roger McGuinn (The Byrds) and The Dirty Dozen Brass Band. This collaboration resulted in an album chock-full of variety; soul, Broadway, rockabilly, pop.

The album cover says “The Beloved Entertainer” and critics could not agree more. It reached #5 on the UK Album charts and #32 on the Billboard 200. Its lead single and most notable hit “Veronica” peaked at #19 on the Billboard Hot 100 and even #1 on the US Modern Rock charts.

Spike is, for the first time, available as a 2LP and includes the track “Coal Train Robbers”. The album is housed in a gatefold sleeve and is available as a limited edition