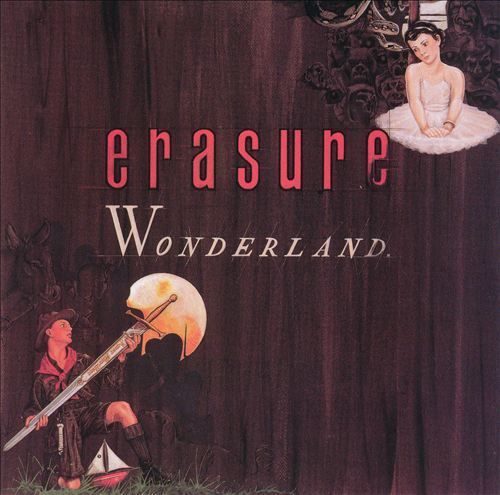 Throw in Intervention’s customary cut and press (courtesy of Kevin Gray and RTI) that take the sound of the original flexi-disc LPs, adds the sort of bandwidth, bottom-end weight, energy and attack, clarity of line and vocal purity that make you think you are listening to a Yello album, and you’ve got one musically potent record. If you ever wondered how modern dance music managed to emerge from the Teutonic rigor of Kraftwerk, here’s your answer -- or you could just fancy a slab of genuinely uplifting beats to get those endorphins flowing. Rhythmically challenged dad-dancers and po-faced audiophiles everywhere should rejoice: when Intervention Records gives Vince Clark the treatment, even the walking dead kick up their heels Sound 4.5/5 Theaudiobeat

"Kevin Gray’s remastering for Intervention Records’ reissue of Wonderland on vinyl fleshes out the music and gives it a larger, more impressive scale. On this LP, the music fills the room with such a deep, wide soundstage that it’s easy to envision a dance floor coming alive to its sounds." -Joseph Taylor  Soundstage Hifi

Intervention’s reissue, remastered by Kevin Gray at Cohearant Audio, brings newfound clarity to the thumping beats and searing synth lines, and finds tremendous detail in the vocals, making for a pressing that sounds new and fresh despite the period sound." -Randy Fairman 2nd note

Mastering Notes - Wonderland is sourced from beautifully preserved 30-ips tapes that say both "Master" and "production copy." You be the judge! What is certain is that these are the best and perhaps the only existing analog tapes for this classic release! When mastering this LP we compared what we were hearing from the tapes to original U.S. and U.K. LPs. Mastering notes included with the tapes show that the original LP was bass-limited from 40Hz down. Of course we restored the wonderfully full bass response that's present on the tapes, and mastered wide open with no compression applied. The result is an alive and pulsing beat with foundation like you've never heard — the best Wonderland has ever sounded!

What if Depeche Mode just wanted to dance? Wonderland is the classic 1986 debut of Erasure, formed by songwriter/synth player Vince Clarke and singer Andy Bell. Produced by Flood, Wonderland is accessible and catchy synth pop, but also sharp, emotionally charged and redolent of heartache. Erasure delivered massive hits in the U.K. and the U.S. with radio and club staples such as "Oh L'Amour" and "Who Needs Love Like That."

Vince Clarke was a groundbreaking synth-pop pioneer before Wonderland. Prior to forming Erasure, Clarke wrote nearly all of songs on Depeche Mode's iconic first album, Speak and Spell, before moving on to form Yazoo with Alison Moyet (Yaz in the U.S.). Remarkably Clarke found Andy Bell by placing a newspaper ad. The flamboyant Bell was among pop's first openly gay stars, and his high-pitched voice has a soulful power that's an arresting complement to Clarke's inspired melodies.

The duo's full debut was a sparkling collection of synth-pop tunes that made up in enthusiasm and immediate catchiness what it lacked in overall variety or any sense of artistic progression from Clarke's past. Though the production, one of Flood's earliest high-profile efforts, is detailed and often lush, anyone who had followed Clarke's career wouldn't be surprised by anything on Wonderland. Bell's vocals merely tie the connections to the past further, his at-times too-shrill-for-comfort falsetto inevitably echoing Yaz's Alison Moyet as well as one-time Assembly vocalist Feargal Sharkey. Allowing for all these inevitable reminders, though, still means Wonderland is well worth a listen. The key reason is the smash U.K. single "Oh l'Amour," which rapidly became a staple for American modern rock stations as well. A lovely a cappella opening and instantly catchy hook, not to mention sprightly performances from Clarke and Bell both (the latter wisely undersings rather than pushing the flamboyance, letting loose more on the chorus), ensured its classic status.

The two other singles, "Who Needs Love Like That" and "Heavenly Action," aren't quite as strong but work in the general formula quite well regardless. Other album cuts are a touch more scattered in quality; nothing is awful, but there are some definite highlights. The slightly slower "Cry So Easy" has a great chorus, giving Bell a chance to show his chops, while "March on Down the Line" moves with a fine positive energy, an anthem without calling attention to itself as such. "Say What" is an interesting mostly instrumental, aside from a gang shout or two of the title, letting Clarke's compositional abilities come to the fore on their own.

Side 2
Say What
Love Is A Loser
March On Down The Line
My Heart… So Blue
Oh, L’Amour 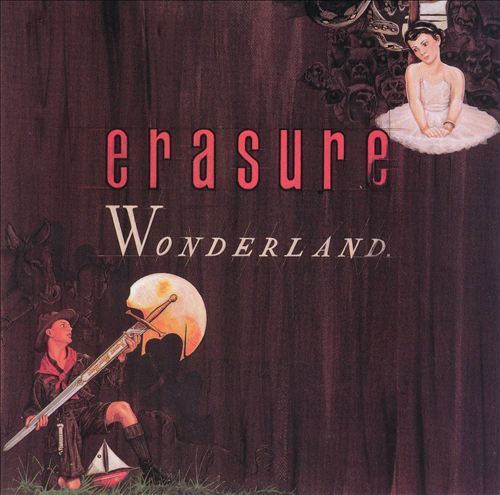