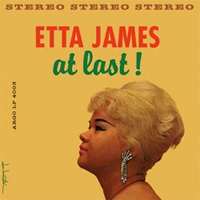 Mastered from the Original Mastertapes by Willem Makkee at Emil Berliner

Featured in Michael Fremer's Heavy Rotation in the August 2011 Issue of Stereophile!

It’s as though the title "At Last" is trying to dupe one into believing that Etta James had experienced all the ups and downs that life could offer her by the year 1961: performing on great stages under the influence of drugs, her exodus from the scene, appalling jobs in seedy clubs and dives, and a brilliant comeback with an earthy voice in Montreux followed by a tour of the USA with the Rolling Stones.

In truth, "At Last" should be seen as the potent motto of a debut LP by a vocalist who had just emerged from her beginnings as a gospel singer, and had now recorded promising single songs. Two of the numbers, the bittersweet "All I Could Do Was Cry" and the lounge-worthy "Trust In Me", promptly landed in both the R & B and Pop charts. But the more carefree, candy rock ’n’ roll ("Tough Mary"), the weird and languishing song ("Girl Of My Dreams") and the stuff of finest ballads ("Stormy Weather") are all found in this highly diversified mainstream mix. An unobtrusive background of gentle strings and chorus, so typical of the times, sensitively enhances the carefully chosen numbers, somewhere between Rhythm & Blues, Soul, and Standard Jazz. The result is a timeless, highly accomplished and variegated LP from the beginning of Etta James’s lengthy discography.

1. Anything To Say You're Mine

1. I Just Want To Make Love To You 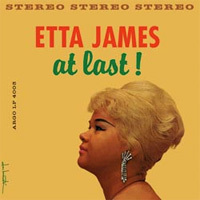