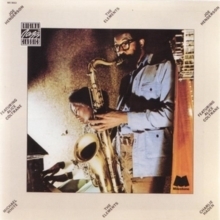 Featuring 180-gram vinyl pressed at QRP from lacquers cut by Kevin Gray at Cohearent Audio and housed in a single-pocket old-school style tip-on jacket, this is the first-ever and definitive reissue of Joe Henderson and Alice Coltrane’s sprawling spiritual-jazz opus.
An essential listen addition for all fans of adventurous music.
If the only Joe Henderson you know is the fiery tenor-sax player from his Blue Note session or his late-career Verve releases, The Elements may come as a bit of a surprise. In 1967, Henderson signed with Orrin Keepnews’ new Milestone label and started experimenting with overdubbing and other studio effects. The Elements, more than his other mid-career work, took an especially experimental turn, and the appearance of Alice Coltrane on the session signals that it was in a spiritual direction. The four movements ("Fire," "Air," "Water" and "Earth") were recorded in October of 1973 at Village Recorders in Los Angeles, with Charlie Haden on bass; Coltrane on piano, harp, tamboura and harmonium; Kenneth Nash on a host of percussive instruments; and Michael White on violin. Think of this release as Henderson’s A Love Supreme and you get the idea. Alice Coltrane has a bit of a cult following these days, and her presence here no doubt accounts for this being the first release in the Top Shelf series. This LP sounds better than the original release, but the overdubbing robs it of any chance of sounding three-dimensional. Theaudiobeat 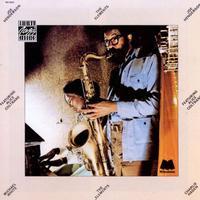