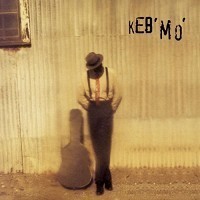 Replete with gritty textures, close-up vocals, and resplendent acoustics,  scintillating analog version of this 1994 set finally possesses the fidelity that brings Mo’s Delta strains out of the backwoods and onto a lively back porch.  Gone are the hazes that obscured his singing, artificial ceilings that blunted the highs, and digital fog that interfered with the multitude of illuminating tones, details, and notes. What’s revealed is startling intimacy and soothing emotion, Mo’s gorgeous vocal timbres and inflections given equal space with his guitar, harmonica, and pace.

This was originally issued in summer of 1994 by Epic records and now has been reissued with audiophile treatment.  I never heard the original record, although it would be hard to believe that it sounded bad given how amazing this record sounds.  The disc is super quiet and instruments just pop up from the blackness.  As a debut record, this disc is excellent.  Keb’s voice is rich and melodic and just adds to the overall performance which is a perfect example of acoustic blues.  The band includes Keb’ Mo’ (vocals, guitars, harmonica, banjo), Tommy Eyre (keyboards), James “Hutch” Hutchinson (bass), and Laval Belle (drums).

It’s easy to hear why this record is an audiophile favorite (excellent focus, soundstaging, imaging, great transient response and dynamics, etc), but it shouldn’t be just for audiophiles as the music is first-rate.  Songs are about love, desire, love lost and of course, women.

As the record progresses the music has more appeal than just for blues listeners and could easily fall into the category of “Adult Contemporary.”  If you combine 50% Seal, 50% Bob Seger and 10% Jackson Browne you get 110% Keb’ Mo’ and what a powerhouse voice he has.  Not only is his voice solid, but it is neutral enough to cross over into other genres like folk, soft rock or even pop.

Almost all the tunes are written/co-written by the artist with the exception of a few tunes that are penned by blues legend Robert Johnson.  Recording is an “A” and music gets an “A” as well.  Blues lovers should pick this one up immediately (especially if they’ve worn out their original copy).

Musicians:  Keb' Mo', vocals, guitars, harmonia, banjo Tommy Eyre, keyboards James "Hutch" Hutchinson, bass Lavel Belle, drums Quentin Dennard, drums (On "Angelina") Tony Draunagel, percussion (On "Come On In My Kitchen") Selections:
Side A:
1. Every Morning 2. Tell Everybody I Know 3. Love Blues 4. Victims of Comfort 5. Angelina 6. Anybody Seen My Girl? 7. She Just Wants to Dance Side B:
1. Am I Wrong? 2. Come on in My Kitchen 3. Dirty, Low Down and Bad 4. Don't Try to Explain 5. Kindhearted Woman Blues 6. City Boy 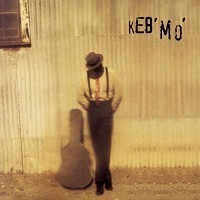