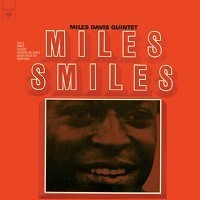 My copy had no flaws, pops or skips. Mile's horn, especially when muted, is more accurate and cleaner than the original, less strident and piercing. If you are a fan of this LP, this Speaker's Corner edition will be a welcome addition - StereoMojo

That they've chosen to stay faithful to the character of the original release while refining the sound speaks very highly to their passion for delivering quality LPs you'll enjoy listening to over and over again—and this is definitely one of 'em. Well done, Speakers Corner! - POSITIVE FEEDBACK

Except for the taping of a live performance at the Portland Festival, Miles Davis’s discography for 1966 only lists the recordings made for the LP "Miles Smiles"! How strange when one considers the usual large output of Miles and his ensembles for Columbia Records in the Sixties.

The bass player Ron Carter was best suited for the complicated rhythm part and remained Miles’s 'number one' in a quintet which gave a new interpretation to compositions by Wayne Shorter and jazz hits such as "Freedom Jazz Dance" by Eddie Harris and Jimmy Heath’s "Gingerbread Boy".

Every second of the nine-minute-long "Footprints" by Shorter is an absolute highlight, while the drumming of the young Tony Williams in "Freedom Jazz Dance" is full of vitality, with a quick pulse, and even described as "threatening" in the liner notes. This music is neither 'new stream' nor 'old guard' but good modern jazz according to Anthony Tuttle. That’s exactly what "Miles Smiles" was upon its release 40 years ago – and that’s what it is to this day! And that Miles Davis smiled for once thanks to the great musical relationship between the five individualists is certainly no mere rumour.

Back in Issue 33 of Positive Feedback, I reviewed one of my favorite jazz albums, Miles Smiles, by the second great Miles Davis Quintet.  Outstanding musical content, for sure; but I lamented about the fact that there weren't any audiophile releases available to do sonic justice to the music that was laid down on this classic recording. Well high praise to the reissue gods at Speakers Corner: they've answered my prayers with the release of this high quality, super-quiet, 180 gram reissue of Miles Smiles.

And what a fine reissue job they've done: Miles Smiles a la Speakers Corner is now a more refined-sounding album, virtually rid of the sonic bunions of earlier releases—all the while staying true to the recording intent of the original engineer, Teo Macero. Gone is the slightly raspy timbre and rough edge to Miles' signature trumpet tone mentioned in my earlier review; Wayne Shorter's sax has a more realistic, slightly rounder tone; and Tony Williams' cymbals have more natural shimmer and decay. Herbie Hancock's piano also sounds cleaner, devoid of the clipped harmonics and sharpness found on the standard weight LP. There is however one minor drawback when comparing this reissue to the fine-sounding (but out of print) Columbia 180 gram pressing: the tonal balance of the Speaker Corners is marginally leaner with a little less weight to Ron Carter's upright, and there's a smidge less piano presence in the mix. Nevertheless, the Speakers Corner version does have better clarity across the board, making it easier to follow individual instruments.

Overall, Speakers Corner has done an excellent job with Miles Smiles, improving upon every other available release of this gem in sonically subtle yet musically important ways. That they've chosen to stay faithful to the character of the original release while refining the sound speaks very highly to their passion for delivering quality LPs you'll enjoy listening to over and over again—and this is definitely one of 'em. Well done, Speakers Corner! - POSITIVE FEEDBACK

With their second album, Miles Smiles, the second Miles Davis Quintet really began to hit their stride, delving deeper into the more adventurous, exploratory side of their signature sound. This is clear as soon as "Orbits" comes crashing out the gate, but it's not just the fast, manic material that has an edge -- slower, quieter numbers are mercurial, not just in how they shift melodies and chords, but how the voicing and phrasing never settles into a comfortable groove. This is music that demands attention, never taking predictable paths or easy choices. Its greatest triumph is that it masks this adventurousness within music that is warm and accessible -- it just never acts that way. No matter how accessible this is, what's so utterly brilliant about it is that the group never brings it forth to the audience. They're playing for each other, pushing and prodding each other in an effort to discover new territory. As such, this crackles with vitality, sounding fresh decades after its release. And, like its predecessor, ESP, this freshness informs the writing as well, as the originals are memorable, yet open-ended and nervy, setting (and creating) standards for modern bop that were emulated well into the new century. Arguably, this quintet was never better than they are here, when all their strengths are in full bloom. 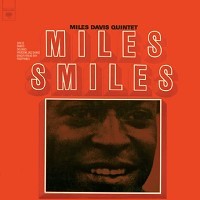