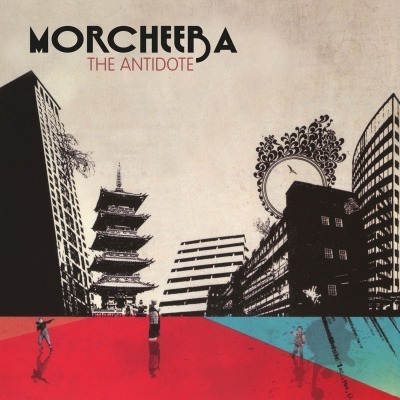 The English formation has sold over 10 milion albums and toured the world the last two decades. They mix influences from trip hop, rock, folk rock and downtempo, and have produced nine studio albums since 1995. Two of which reached the UK top ten, including The Antidote on #17.

Morcheeba's The Antidote is a special one. It is the album which features Daisy Martey on vocals, who replaced Skye Edwards. Martey´s psychedelic influences were added to Morcheeba´s standard mix of soul, hip hop, country and electronics. In addition, The Antidote was recorded live altogether and features furthermore “Wonders Never Cease” and “Everybody Loves A Loser”.

SIDE A
1. WONDERS NEVER CEASE
2. TEN MEN
3. EVERYBODY LOVES A LOSER
4. LIKE A MILITARY COUP
5. LIVING HELL
SIDE B
1. PEOPLE CARRIER
2. LIGHTEN UP
3. DAYLIGHT ROBBERY
4. ANTIDOTE
5. GOD BLESS AND GOODBYE