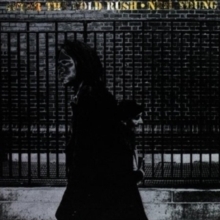 Neil Young's third solo album followed his Crosby, Stills, Nash and Young masterpiece Déjà Vu. Top 10 and double platinum, with the Top 40 "Only Love Can Break Your Heart" and his condemnation of racism in "Southern Man," 1970's After The Gold Rush has been ranked among the "100 Greatest Albums Of All Time" by both Rolling Stone and Time magazine.

"For his third album, Young fired Crazy Horse (the first of many times he would do that), picked up an acoustic guitar and headed to his basement. He installed recording equipment in the cellar of his Topanga Canyon home in Los Angeles, leaving room for only three or four people. There, Young made an album of heartbreaking ballads such as "Tell Me Why" and "Don't Let It Bring You Down." The music is gentle, which didn't mean Young wanted it smooth. Nils Lofgren, then an seventeen-year-old hotshot guitarist, squeezed into the sessions — only to have Young assign him to the piano, an instrument he had never played in his life.