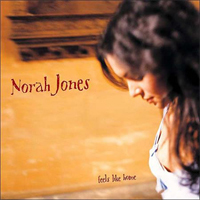 "2004's 'Feels Like Home' is an album filled with melancholic songs about self-doubt and a break-up. It includes a duet with Dolly Parton. Garth Hudson adds an accordion on one track. The final song "Don't Miss You At All" brought the inner turmoil to a fine finale. The album is like peeking into a diary or in some ways hiding under Norah's bed and sharing her intimate heartache. ... The records coming out of QRP are definitely living up to the pressing plant's early promise. This kind of drop dead black quiet is precisely what's required for Jones' music and QRP delivers it. Kevin Gray's mastering is equally superb." — Michael Fremer, AnalogPlanet

2004's 'Feels Like Home' is an album filled with melancholic songs about self-doubt and a break-up. It includes a duet with Dolly Parton. Garth Hudson adds an accordion on one track. The final song "Don't Miss You At All" brought the inner turmoil to a fine finale.

It may be far too obvious to even mention that Norah Jones' follow-up to her 18-million-unit-selling, eight-Grammy-winning, genre-bending, super-smash album Come Away With Me has perhaps a bit too much to live up to. But that's probably the biggest conundrum for Jones: having to follow up the phenomenal success of an album that was never designed to be so hugely popular in the first place. Come Away With Me was a little album by an unknown pianist/vocalist who attempted to mix jazz, country, and folk in an acoustic setting -- who knew? Feels Like Home could be seen as "Come Away With Me Again" if not for that fact that it's actually better. Smartly following the template forged by Jones and producer Arif Mardin, there is the intimate single "Sunrise," some reworked cover tunes, some interesting originals, and one ostensible jazz standard. These are all good things, for also like its predecessor, Feels Like Home is a soft and amiable album that frames Jones' soft-focus Aretha Franklin voice with a group of songs that are as classy as they are quiet. Granted, not unlike the dippy albeit catchy hit "Don't Know Why," they often portend deep thoughts but come off in the end more like heartfelt daydreams. Of course, Jones could sing the phone book and make it sound deep, and that's what's going to keep listeners coming back.

What's surprising here are the bluesy, more jaunty songs that really dig into the country stylings only hinted at on Come Away With Me. To these ends, the infectious shuffle of "What Am I to You?" finds Jones truly coming into her own as a blues singer as well as a writer. Her voice has developed a spine-tingling breathy scratch that pulls on your ear as she rises to the chorus. Similarly, "Toes" and "Carnival Town" -- co-written by bassist Lee Alexander and Jones -- are pure '70s singer/songwriting that call to mind a mix of Rickie Lee Jones and k.d. lang. Throw in covers of Tom Waits and Townes Van Zandt along with Duke Ellington's "Melancholia," retitled here "Don't Miss You at All" and featuring lyrics by Jones, and you've got an album so blessed with superb songwriting that Jones' vocals almost push the line into too much of a good thing.

Thankfully, there is also a rawness and organic soulfulness in the production that's refreshing. No digital pitch correction was employed in the studio and you can sometimes catch Jones hitting an endearingly sour note. She also seems to be making good on her stated desire to remain a part of a band. Most all of her sidemen, who've worked with the likes of Tom Waits and Cassandra Wilson, get writing credits. It's a "beauty and the beast" style partnership that harks back to the best Brill Building-style intentions and makes for a quietly experimental and well-balanced album. 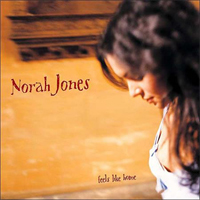