Oliver Nelson - The Blues And The Abstract Truth - 180g 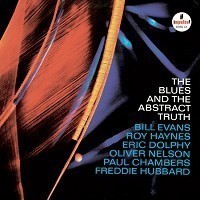 The depth and breadth of the sound stage and the level of detail and dynamics on this reissue is simply outstanding. Those who love jazz continue to pray for this kind of quality, but only rarely experience it for such an esteemed classic album  This is a must have for the any serious jazz collector. I would also recommend this to the newbies out there who are just beginning to explore the jazz classics. BTW, Kevin Gray has stated on several occasions that this was one of his favorite reissue projects and jazz releases. That says a bunch considering all the incredible recordings that he has worked on. -Positive Feedback

Acoustic Sounds Series reissues from Verve/Universal Music Enterprises!
Monthly releases highlighting the world's most historic and best jazz records!
Mastered by Ryan K. Smith at Sterling Sound from the original analog tapes
180-gram LPs pressed at Quality Record Pressings!
Stoughton Printing gatefold old-style tip-on jackets
"The Blues and the Abstract Truth is one of my favorite jazz recordings. What a group of heavy-weight performers! Besides Oliver Nelson on tenor sax, you've got the incomparable Bill Evans on piano, Freddie Hubbard on trumpet, Paul Chambers on bass, Roy Haynes on drums, and Eric Dolphy on flute and alto sax. This is the jazz equivalent of a super-group." — Jim Hannon, AVguide
Here we go with another round from the Acoustic Sounds Series. Seeking to offer definitive audiophile grade versions of some of the most historic and best jazz records ever recorded, Verve Label Group and Universal Music Enterprises' audiophile Acoustic Sounds vinyl reissue series utilizes the skills of top mastering engineers and the unsurpassed production craft of Quality Record Pressings. All titles are mastered from the original analog tapes, pressed on 180-gram vinyl and packaged by Stoughton Printing Co. in high-quality gatefold sleeves with tip-on jackets. .
As Oliver Nelson is known primarily as a big band leader and arranger, he is lesser known as a saxophonist and organizer of small ensembles. Blues And The Abstract Truth is his triumph as a musician for the aspects of not only defining the sound of an era with his all-time classic "Stolen Moments," but on this recording, assembling one of the most potent modern jazz sextets ever. Lead trumpeter Freddie Hubbard is at his peak of performance, while alto saxophonists Nelson and Eric Dolphy (Nelson doubling on tenor) team to for an unlikely union that was simmered to perfection. Bill Evans (piano), Paul Chambers (bass) and Roy Haynes (drums) can do no wrong as a rhythm section.
Originally released in 1961.
Musicians:
Oliver Nelson, alto saxophone, tenor saxophone
George Barrow, baritone saxophone
Paul Chambers, bass
Eric Dolphy, flute, alto saxophone
Bill Evans, piano
Roy Haynes, drums
Freddie Hubbard, trumpet
Side A
1. Stolen Moments
2. Hoe-Down
3. Cascades
Side B
1. Yearnin'
2. Butch And Butch
3. Teenie's Blues