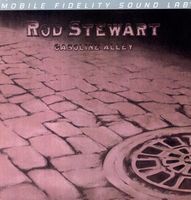 "...Gasoline Alley, the second album produced by Stewart and Reizner was the one that really jump started Rod's solo career...this album shows off both Stewart's prodigious and original singing talent, drawn from but not imitative of Sam Cooke, and Mr. Reizner's A&R talents. The song choices were superb...There's not a musical dud on the record and with that back up band so cleanly and elegantly arranged, there's more to hear and appreciate with each play as your ear digs into the backdrop nooks and crannies...Most importantly, Rod's voice is intimate and in the room. You'll hear every rasp-inducing node on his vocal cords and that's a good thing." - Michael Fremer, analogplanet, Music 9/11, Sound 7/11

Comparing the Silver Label LP to the somewhat naff Mercury copy at my disposal proved interesting, even as the Mercury gave a good showing. While not as quiet as the new version, drums on the Mercury claim more texture. Cymbals are also more natural, but the Silver Label LP reveals warmer bass response. Stewart’s voice is solid and clean on both pressings, so the burning question becomes: Do you want a quiet record and squeaky clean jacket, or do you prefer a little more soul in the mix? I’ll take the Silver Label pressing, thanks.  – Jeff Dorgay Toneaudio

Evocative, Low-Key, and Rustic: Gasoline Alley Finds Stewart At His Peak Backed By Fellow Faces Ron Wood, Ronnie Lane, Ian MacLagan, Kenny Jones No matter what era or phase of Rod Stewart you prefer, nearly everyone is unanimous in choosing the artist’s early 1970s output as his very finest.

Proof comes courtesy of Gasoline Alley. A 1970 record that literally set the template for all folk-rock efforts that followed, the critically acclaimed album has been cited as one of the 1001 Albums You Must Hear Before You Die and remains a blueprint for evocative vocals, low-key presentation, and incredible interpretation. Barely removed from his debut, Stewart comes into his own on Gasoline Alley, essentially a largely “unplugged” record on which the singer surrounds himself with a transcendent blend of acoustic guitars, mandolin, fiddle, piano, and understated percussion and channels the music with a gritty, rock n’ roll attitude.

The results? Tough, organic, warm, swaggering, and unfettered songs that bow to country, rockabilly, blues, and folk influences all the while managing to belong to their own genre. It’s just one of the reasons why Gasoline Alley remains a study in distinctive excellence. Another is due to Stewart’s passionate singing. Sensitive, understated, wistful, and raggedly worn, he inhabits the role of a journeyman that inhabits the narratives on standard-bearing covers of Bob Dylan’s “Only a Hobo,” Elton John’s “Country Comforts,” and the R&B shuffle “Cut Across Shorty.” He conveys a bevy of complex emotions—sadness, regret, optimism, sorrow, loss, humor, yearning—with a poignancy that suggests every song here is disarmingly personal. Of course, having a band sympathetic to his desires and directions, and one that claims the talent of players such as guitarist Ronnie Wood and organist Ian MacLagan, doesn’t hurt matters. 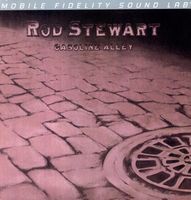