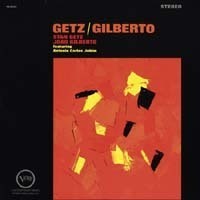 The original master tapes for this title had not been used since 1980 previous to this reissue. Also, for this Analogue Productions reissue the decision was made to master and present this album as it was originally mixed to master tape. With very few exceptions all versions of this title to date, including the original, have had the channels incorrectly reversed. With this version, you'll hear this title as it was intended to be heard, without the channels reversed. And again, those reissues you've heard up until now - definitely still breathy, warm and rich - were made from something less than the master. Prepare to hear the veil removed.

"...these are all truly classic Verve titles that you simply don't want to miss...most importantly, the sound of these reissues is nothing short of astounding. Particularly the early Billie and Ella mono records are incredible treasures of sonic beauty. I'd definitely ask Santa for the whole set, or, if you want to cherry pick, the most classic titles. Whatever you decide, you owe yourself at least a half dozen!" Winner of a Positive Feedback Online Writers' Choice Award -

"...To say that the resulting new stereo master is anything but a major sonic breakthrough would be to make the understatement of the decade. Simply put, audiophile jargon and usual hyperbolas aside, this new release is like hearing the record for the very first time, in the studio, with Astrud and team granting you a personal performance for the night. There is just so much more information present, that you really can't fairly compare any of the previous releases with this one." - Danny Kaey, Positive Feedback

Everything was done right on this SACD. Noise is gone, yet the high tones are in tact. Mid range is well defined, instrumentation is crystal clear, and bass is in perfect balance with the rest of the sound spectrum. Could not ask for better.5/5 Cdreview

Two names spring to mind upon hearing the words jazz and samba, namely those of Stan Getz and João Gilberto. But really one should be thinking of Antonio Carlos Jobim, who, with his composition from 1958 "Chega de saudade," first created the type of Brazilian samba that is known today as bossa nova. It was with one of Jobim’s songs, "Desafinado," that bossa nova began its triumphant conquest of the USA.

In 1962, Stan Getz made the work widely known when he recorded the number, together with Charlie Byrd, on his album Jazz Samba. It was this recording, along with Focus (1961), which was responsible for Getz’s definitive comeback in the USA at that same time. Jazz Samba opened the floodgates to a new musical vogue, and although cool jazz had been swept aside by hard bop, the reserved and melancholy touch of Getz’s style once again became all the rage.

It is really not at all surprising, therefore, that the album Getz/Gilberto, recorded in March of 1963 for the Verve label, , bringing together as it did the two godfathers of samba Jobim and Gilberto with their American brother Getz. The songs, all of them now classics in their own right, are filled with the joy of life, peace and harmony. 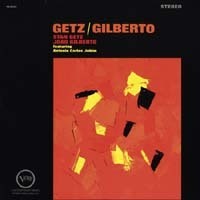