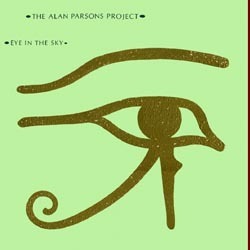 Have not heard the original but cannot imagine it being better. LP review

Worth it for the opening cut alone. Remember the Chicago Bulls in Jordan's heyday? They'd introduce the Bulls with the lights turned out (back before every team did that) and this song, "Sirius," blaring. Even if you weren't a fan, you couldn't help but have goose bumps.

But you've never heard that tune sound like this! Alan Parsons, who first took up an apprenticeship as a sound engineer at EMI and was later responsible for several Paul McCartney productions and the Pink Floyd album Dark Side of the Moon at the legendary Abbey Road Studios, drew upon his experience in order to further his solo career. While the co-producer Eric Woolfson wrote the songs, Parsons – who had an uncanny feeling for sound – conjured up a lush mélange of synthetic and natural sounds.

Unimpressed and untouched by the glorification of individuals so typical for the music business, the Alan Parsons Project proved that even without spectacular light shows, rock celebrities in the band or self-composed songs it was possible to rise to stardom. Alan Parsons, who first took up an apprenticeship as a sound engineer at EMI and was later responsible for several Paul McCartney productions and the Pink Floyd album "Dark Side Of The Moon" at the legendary Abbey Road Studios, drew upon his experience in order to further his solo career. While the co-producer Eric Woolfson wrote songs, Parsons – who had an uncanny feeling for sound – conjured up a lush mélange of synthetic and natural sounds.
As with all albums from the early years, "Eye In The Sky" is inspired by important topics of the times. True to the 'no-future lifestyle' of the 80s, the songs impart a somewhat depressive character which serves as a stark contrast to the steely rock rhythms, free from electronic gimmicks. In addition one finds addictive harmony in the vocal polyphony ("Gemini"), blaring brass with a Spanish rhythm ("Silence And I") and a velvety string sound ("Old And Wise"). All in all a great achievement by the British wizard of sound at the mixing console.
Guitar, – Ian Bairnson
Arranged By [ – Andrew Powell
Bass – David Paton
Chorus Master – Bob Howes
Drums, Percussion – Stuart Elliot
Keyboards,
Photography By – Keith W. Lehman
Producer, Engineer, Keyboards,Fairlight, Written-By – Alan Parsons
Saxophone – Mel Collins
Vocals – The English Chorale

3. Children Of The Moon

6. You're Gonna Get Your Fingers Burned 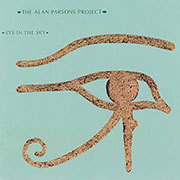