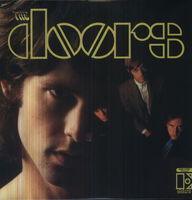 This is as good as an audiophile reissue can get and I give it my highest recommendation." — My Vinyl Review

The Doors self-titled 1967 release famously contains some incorrect speed and pitch issues. While there have been "corrected" versions made, in the interests of being historically accurate, this Analogue Productions reissue was cut without speed or pitch correction.

"...the amount of detail and space produced here is superior to any version of this that I've heard save for the Elektra original, which is serious ion though good luck finding a clean quiet one.

Even then the 45rpm cut's spaciousness, dynamics and bass power and particularly the overall sound on what are the inner tracks on the original LP are better on the double 45 cut using an ail tube chain just as was the original...

The double 45 has greater dynamics, detail, spaciousness and appropriate grit - everything the smooooth 192k/24 bit sourced version lacks...Definitely on my recommended list and the Quality Record Pressings vinyl is superb."

"... To be honest, these are better than I ever dreamed rock music from the sixties could sound. I want to thank everyone at Analogue Productions for bringing me such sweet sounds from some of my favorite music ever. My highest recommendation!" — Jack Roberts, dagogo.com,

The 200 gram platters, housed in QRP rice paper sleeves, are equally impressive, arriving clean, flat and playing silently with nary a pop or tic throughout ... this dead quiet, ultra-dynamic pressing showcases the epic ("The End") bringing out low level detail that simply can't be heard on the already fantastic-sounding Monarch pressing original. ... Immediately upon dropping the needle on the Analogue Productions 45 RPM reissue of Strange Days, you know that you're about to experience something special. ... This 45 RPM pressing gives up none of the emotion or midrange complexity of the original and forces none of the overly tight bass sometimes heard on audiophile reissues in the process. ... This is as good as an audiophile reissue can get and I give it my highest recommendation." — My Vinyl Review
"I received test pressings today for both Morrison Hotel and L.A. Woman. I have to tell you that these are the very best pressings I've heard in many, many moons. Great plating and your compound is so quiet that I clearly heard every fade out to its conclusion with no problem. Doug (Sax) and company did a lovely job, the tapes sound pretty damn good for being almost 50 years old and his system is clearly the best...You should be very proud of what you and your troops are doing." - Bruce Botnick, The Doors producer/engineer 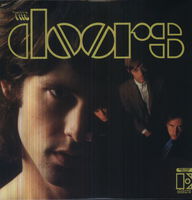