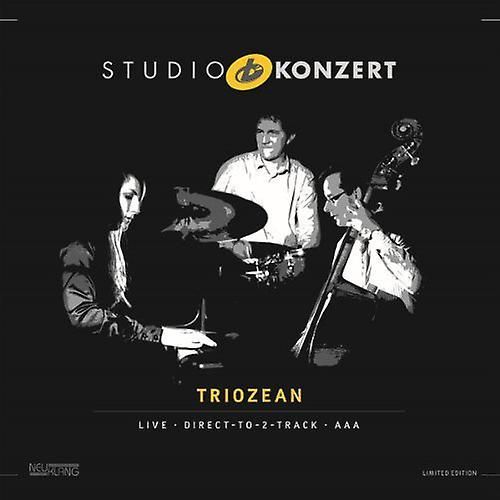 "Superb pressed and, in addition, excellently documented - the audiophile heart is already laughing." strong music, great to listen to. But please be careful when handling the volume control: the grooves of the excellently manufactured 180-gram-disc are pure dynamics! From the rather quiet average level, suddenly crunchy piano chords or powerful drum hits pound - hossa. That's what Bauer-Tonmeister Philipp Heck has done again - Audio Magazine

Triozean is a jazz trio in the modern European sense. In a kaleidoscope of music, the three musicians jump over genre fences, combining tango, rock, pop, jazz and folklore with improvisation and classic piano strings. Her compositions tell stories and paint paintings that grow into true paintings. The Russian-born pianist Olga Novikova, drummer Krishan Zeigner and bassist Lars Födisch provide the listeners with a true gameplay for their own imagination.

It‘s just wonderful to travel through time in nowadays modern world. It‘s so exquisite to record a new album together in one room instead of divided boxes, analogous, not digital, not on harddisk, but on tape. And the result you hold in your hands is no CD, but a real record! Just like in the good old days! I want to say thank you to the team of Bauer Studios for their invitation to this travel through time. swim together with me for the last seven years in the same ocean.

To me it was a great challenge, a pure joy and an extraordinary experiment to dare recording a live concert without any net and false bottom. No repetitions, no corrections and every note unchangeable like carved in stone. It was a great pleasure to be able to do all of this. What a rare gift to be able to listen to the own live music like the crowd. Thank you so much to the audience for an unforgettable evening that‘s now in my mind.

It was a really great experience to become aware of that moment of the sonor sound and the silence of a listening audience bewitched by every tone and every beat irrevocable recorded for eternity. To me a dream came true with this record. Especially the analogue recording is something beautiful in a digital world.

The Bauer Studios Ludwigsburg, known for the legendary JETON direct cuts, are participating in the STUDIO CONCERT series to write another piece of music history the Bauernstudios fullanalog direct to-2-track, ie directly on stereo tape and recorded. Postprocessing does not take place. The audiophilic 180 g vinyls are matched to the high demands placed on these high-quality recordings with the colorful, lovingly and detail-richly designed gatefold artwork and make them also popular collector's items. A livelier, more penetrating, poignant - simply more emotional one can not experience vinyl at the local record player.

The Bauer Studio team was doing preparations the whole day to transform our big Studio 1 from a recording room to a cosy concert location.

Triozean is Olga Nowikowa on piano, Lars Födisch on bass and Krishan Zeigner on drums. A folkloristic thread ran through the whole program, be it Russian folk music or a Tango. The trio stuck to it in a very creative way. Often the pieces were based on the folklore's plain harmonies. With those the trio played freely and changed them to paint some very appealing musical images. Apart from pieces from their studio albms Nocturne and polar the band played new, unpublished songs. From catchy themes to tricky polyrhythms the Dresden based band created a couloured and diverse program. At that they provided so much ease and joy of playing, that one could not see that it was no ordinary concert to Triozean.

For the Sound Engeneering Team aswell the Studio Concert was something special: there were multiple microphones placed befrore the instruments to send the sound to the Neve console using 21 channels. At the colsole, Tonmeister Philipp Heck did a live stereo mixdown which was directly recorded on a two tack tape machine.

The following microphones were used for the recording: 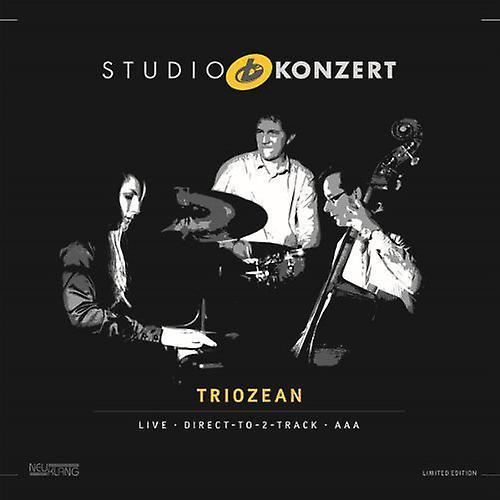