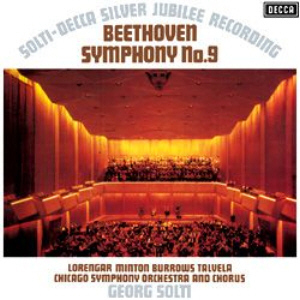 While we need another recording of the infamous Symphony #9 like we need a hole in our head, its important to establish this particular recording is a cut above the rest. The dynamics are second to none, providing a front row seat to one of the most important pieces composed by Beethoven. This record has a sense of realism and air that oozes from the front of the speakers and breaths life into any room. If you speakers are up to task, prepare yourself for jaw dropping dynamics and slam that would make bass booming low riders jealous. Yeah, its that good  and Speakers Corner obviously knows what how to bring the goods.

It was clear from the start that Beethoven’s Ninth Symphony, with its air of solemnity in the final chorus, which calls for brotherly love just as the New Year comes in, would become a musical part of our world’s cultural legacy. Hundreds of minds, Beethoven researcher Karl Nef prophesied, have been set in motion by this music in the most varied ways, and it will continue not only to bestow pleasure upon countless thousands, but also to stimulate mental life right at the most fundamental level.

There are certainly only a very few truly cerebral interpretations which stand out from the fathomless mass of recordings. One of those upon which “The Absolute Sound” journal has stamped its coveted seal of approval is the recording with Georg Solti and his perfectly honed symphony musicians from Chicago. Here, this usually somewhat daring baton-wielder plumbs the very depths of the score and allows Beethoven’s rich abundance of ideas to ferment into a great whole.

The four soloists prove their worth as first choice for the richly detailed and balanced synopsis of this fissured work. They captivate us as much in the solo as in the group singing with their natural and expressive intonation. The dry, very present sound highlights the fact that this is an artistic performance at the highest level.

Recording: May 1972 in the Krannert Centre of the University of Illinois, Chicago, by Kenneth Wilkinson and Gordon Parry
Production: David Harvey

There are certainly only a very few truly cerebral interpretations which stand out from the fathomless mass of recordings. One of those upon which The Absolute Sound has stamped its coveted seal of approval is the recording with Georg Solti and his perfectly-honed symphony musicians from Chicago. Here, this usually somewhat daring baton-wielder plumbs the very depths of the score and allows Beethoven’s rich abundance of ideas to ferment into a great whole. 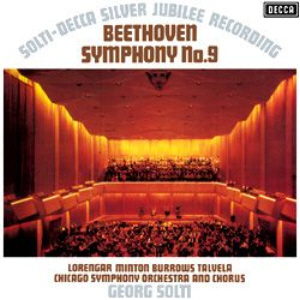