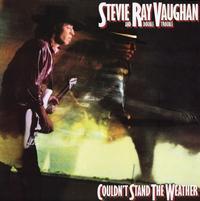 Mastered from the original analog tapes by Ryan K. Smith at Sterling Sound

The 45 RPM Analogue Productions reissue of Stevie Ray Vaughan's Couldn't Stand The Weather is so good, as are its 45 RPM companions — Texas Flood and Soul To Soul — that they truly represent what Gregg Geller, producer and A&R representative described as "the best replication of the master tapes to date."

Couldn’t Stand The Weather is the remarkable sophomore album by Stevie Ray Vaughan and Double Trouble. It follows their critically acclaimed debut, Texas Flood. Incorporating the same winning formula of musicianship and songwriting, Couldn’t Stand The Weather cemented Vaughan’s place as one of music’s greatest. It is their first to earn gold certification and their first platinum-seller. It includes breathtaking renditions of Clark’s “Cold Shot” and Hendrix’s “Voodoo Child.” A staple on the Billboard charts, this definitive masterpiece received praise from Entertainment Weekly, Q, Down Beat and many others.

But beyond that we've poured our passion into this project.as big fan of the blues and Stevie Ray Vaughan. It's a big dream come true to work on this project and to make these records sound and look the best they ever have. 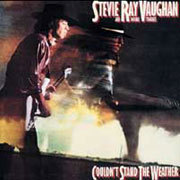