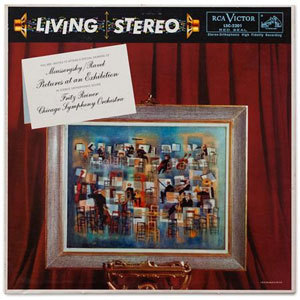 "The interpretation is lively, refined, and subtle, but bombastic when it needs to be. At times, Reiner could make the CSO swing. I hear wider dynamic contrasts, sense of drama, deeper bass, and more clearly delineated room sound... When I spun them [Analogue Productions RCA Living Stereo 200g LP reissues], I was floored. After comparing them to early shaded-dog pressings of the same recordings, I felt the only area in which the originals were still superior was the subtle, additional layer of air and sparkle in the highs (master-tape age, perhaps?). But the reissues' quality and extension of bass and high-level dynamic contrasts were superior. And the surfaces of the new pressings are so quiet they let each subtle midrange detail emerge from a "black" background. At times, the background is so silent I have to do a double take to verify that the needle is still in the groove and the platter is still turning." - Robert J. Reina, 2015 Stereophile Magazine Record to Die For!

"...The second movement is just ravishing in the beauty of the Chicago's playing and Reiner's romantic approach; there is some staccato triple-tonguing done by trumpeter Adolph Herseth in the fourth movement that should leave you, if not him, breathless. But let it just be said that, after you hear this, no other Scheherazade will ever replace it in your affections." - TAS

These reissues mastered by Ryan K. Smith at Sterling Sound from the three track masters are the finest sounding "Living Stereo" reissues I've yet heard and in my opinion beat the originals in most ways--unless you've built a system as a shrine to the originals. Winner of a Gruvy Award, chosen by AnalogPlanet's editor, Michael Fremer, for vinyl records that are musically and sonically outstanding and are also well mastered and pressed. The jewel in the Living Stereo crown. This, like the Respighi, is considered one of the very best LPs by Reiner, the Chicago Symphony Orchestra and RCA's crew. Another Mohr and Layton classic. "...I'd have to say that the usual stumbling blocks have been sidestepped. Great care has been taken to do the right things, starting with the way the decision to remaster these RCAs was made." - Jonathan Valin, The Absolute Sound.com, June 11, 2013 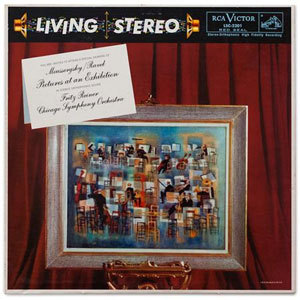