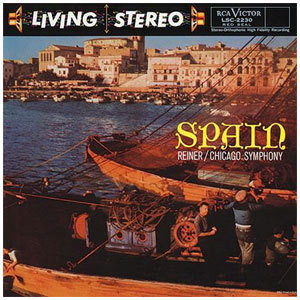 "These records are definitive." — Michael Fremer, editor, AnalogPlanet.comWinner of a Gruvy Award, chosen by AnalogPlanet's editor, Michael Fremer, for vinyl records that are musically and sonically outstanding and are also well mastered and pressed.

"Grade A. Another triumph with ravishing string tone, so sweet and liquid it could've been poured from a jar. Not as spectacular as the previous two titles because the (mostly) Albéniz compositions aren't as consistently slam-bang dynamic, though when the music heats up so do the sonic thrills." Jonathan Valin, The Absolute Sound

This record includes Falla’s Dance from the Three-Cornered Hat and La Vida Breve and Albeniz’s Trina from Oberia. Transcribed for Orchestra by Arbos. Great performances and sensational sonics...woofers beware!
"...I'd have to say that the usual stumbling blocks have been sidestepped.

Great care has been taken to do the right things, starting with the way the decision to remaster these RCAs was made." The Absolute Sound 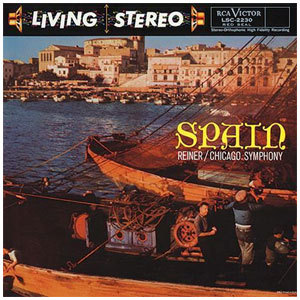