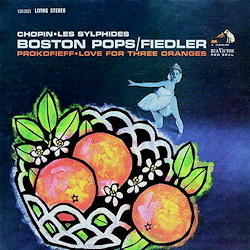 Remastered from the original master tape and cut at 33 1/3 RPM by Ryan Smith at Sterling Sound
Lacquers plated by Gary Salstrom and pressed on 200-gram vinyl at Quality Record Pressings!
RCA Living Stereo Reissue Series No. 2 - 25 newly-remastered classical mainstays!
Analogue Productions' RCA Living Stereo Reissue Series No. 2, with 25 newly remastered mainstay classical albums, will delight and astound your ears with their clarity and warm, rich tone. As with our first highly-regarded LSC series, shortcomings of previous editions have been improved upon — from the mastering, to the LP pressing, to the sharp-looking glossy heavyweight Stoughton Printing tip-on jackets that faithfully duplicate the original artwork, "Living Stereo" logo, "Shaded Dog" label and all!
Mastered by Ryan K. Smith at Sterling Sound from the original 3-track master tapes, cut at 33 1/3, and plated and pressed at Quality Record Pressings — makers of the world's finest-sounding vinyl LPs, — no other editions match these for the quietest 200-gram platters available.
Easily the most popular conductor of his era, Arthur Fiedler was classical music's greatest ambassador since Mozart, and also one of those rare conductors whose records were not only successful, but serious profit centers, both for his orchestra and his record labels.
"The Pops were the popular outfit derived from the Boston Symphony which he directed for 50 seasons until his retirement in 1979. Inevitably, the lion's share of the many discs they made for RCA were highlights and light classical selections, but an orchestra this good had no problem switching to more substantial fare, as this enjoyable release demonstrates. Prokofiev's Three Oranges Suite gets played for all its worth, and if you're partial to the famous 'March,' there are a further five brief but vivid movements to enjoy. Sylphides is never less then pleasant, though be warned that orchestrated Chopin does have a period charm but a high cringe factor!
"Liszt's symphonic poems don't get many live outings now, but performances of two of the best suggest we're missing out. Friedler has no truck with the philosophising of Les Preludes, but delivers a cracking performance with just the right degree of soul. Mazeppa is almost luridly pictorial, but Friedler knew how to combine substance with greasepaint in a way that defines his music-making as part of a bygone but cherishable era." 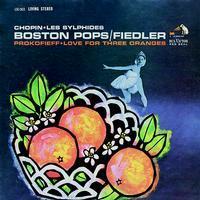