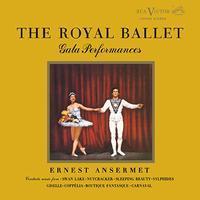 As for the original it has its own spectacular qualities, especially in terms of the air, space and nuances only “fresh” tape can produce but the vinyl was far noisier as was the mastering chain. If this is one of your “go to” sonic spectaculars and you have other versions, you ought to consider adding this one. Both the sound, including dead quiet vinyl, as well as the packaging are first-rate. Sound 11/10 Music 11/10 Michael Fremer .analogplanet.

"This is a magnificent  album, that should be in every record collection. In effect, it is the "highlights" of all the most famous Romantic ballets, by Tchaikovsky, Delibes etc. The sound is exceptional in every way, and particularly outstanding in outer detail and dynamic qualities. The sound is also BIG, and the instruments actually seem as large as they are in real life. This is an indispensable album, even for those who normally shy away from "Classical Music" - Arthur Salvatore High End Audio Originally licensed in 1959 from British Decca and issued by RCA Victor in America on its lavish Soria series as LDS-6065, the "Gala Performances" performed by The Royal Opera House Orchestra, Covent Gardens conducted by Ernest Ansermet continues to draw new enthusiasts to what many consider one of legendary engineer Kenneth Wilkinson’s most spectacular recordings.
Original pressings of the two LP boxed set in good condition regularly go for around $4000

The Kingsway Hall remains astonishing in every way, every play. The perspective is closer than mid-hall, which produces an enormously wide stage, and sensational front-to-back instrumental separation. Hyper-transparency and full bandwidth help create a believable (if not somewhat unbelievable) soundstage. The hall “rumble” is fully present so if your system goes really low you may at first think you’re hearing turntable rumble. The in-between band silence lets you know it’s the recording not the pressing or your turntable.

In the hearts of thousands, No. 1 on the Top RCA list. While the bulk of Ansermet's recordings were made with L'Orchestre de la Suisse Romande, there were a few with the Paris Conservatoire Orchestra and the very occasional foray into recordings with London orchestras, one of these being with the Orchestra of the Royal Opera House, Covent Garden, in 1959.

Audiophilia Online Magazine wrote: "This is the stuff of which dreams are made. The Royal Ballet Gala is one of the finest RCAs recorded in London's Kingsway Hall. The chunks of great ballet music are well served by orchestra, conductor and engineer. Performances are executed to a very high standard - the Royal Opera House Orchestra, both then and now, rank as one of the finest of opera orchestras.

"Conductor Ansermet keeps the pace moving, giving the listener the impression of a dance event rather than a dramatic concert hall reading. With the exception of some of the Tchaikovsky scenes, the music is light and remains so under Ansermet's gentle touch. Each ballet is given full attention by the players, something not always attained at Covent Garden during long ballet nights! The threat of eternity does have it's merits. The recorded sound is simply amazing! Lustrous is one word that comes to mind, accurate is another.

"Tonally, Messrs. Williamson and Wilkinson have used their considerable talents to capture the orchestra superbly. Woodwind and strings glow and resonate, transporting this listener to a time when simpler recording was better. Brass ring out thrillingly and percussion effects are very musical. Be it a bang, swish, rattle, crack or snap, each percussionist is situated perfectly within the beautiful Kingsway soundstage. Even the difficult-to-record sound of the celeste is captured in it's purely mechanical form. It's delicate sound is heard to great effect during the Nutcracker - originating stage left, the sound decays across the stage of Kingsway with sparkling beauty. Wonderful." 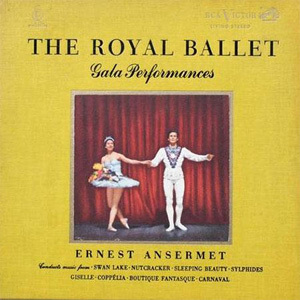