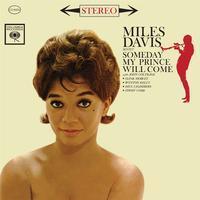 "...The Analogue Productions sound is visceral and crisp in the best sense, and the quiet pressings ensure that no musical detail is even mildly obscured...with these 45rpm LPs, if your system is up to the task, you'll hear boundless high-frequency reach and lavish dynamic nuance and harmonic delicacy." - Marc Mickelson, The Audio Beat,

"...the most detailed, dynamic, and transparent version of this music that I have ever heard. All of the emotion of Davis' horn comes through in ballads, such as the title cut, and details such as the squeak of a chair or the spit on the sax's reed are revealed with an increased clarity." - My Vinyl Review,

A beautiful addition to the Davis canon. Recorded over the course of three days in April 1961, Someday My Prince Will Come showcases Miles' second great rhythm section, here at the absolute peak of their telepathic interplay. Wynton Kelly, Paul Chambers and Jimmy Cobb were as tight a unit as any ever formed, grooving so successfully that they went on to leave Miles and form the Wynton Kelly trio.

Someday My Prince Will Come also includes some positively blistering solos from guest John Coltrane in his final recording with Miles. And Hank Mobley offers up some beautiful bluesy solos.

"The set opens with the title, a lilting waltz that nonetheless gets an original treatment here, despite having been recorded by Dave Brubeck. Kelly is in keen form, playing a bit sprightlier than the tempo would allow, and slips flourishes in the high register inside the melody for an 'elfin' feel. Davis waxes light and lyrical with his Harmon mute, playing glissando throughout. Mobley plays a strictly journeyman solo, and then Coltrane blows the pack away with a solo so deep inside the harmony it sounds like it's coming from somewhere else... there is much in the way of precision playing and a fine exposition of Miles' expansive lyricism.

After John Coltrane and Cannonball Adderly left the 'quintet', Miles Davis was forced to search for new qualified musicians. He found them in Hank Mobley, Wynton Kelly, Jimmy Cobb and Paul Chambers. In 1961, just two years after recording Kind Of Blue, Miles and his new line up started recording energetically and finished Someday My Prince Will Come after only three days.

Still mourning the departure of John Coltrane, who had left him in the spring of 1960, Miles Davis tried to imagine what other saxophonist could make him forget the fire of Trane’s music. He thought of Wayne Shorter, but Art Blakey had just hired him for his group, the Jazz Messengers. It was with former Jazz Messenger Hank Mobley that on March 7, 1961, he attempted to recapture the miracle of “Blue In Green” on “Drad-Dog.” But he quickly returned to the hard bop tradition on “Pfrancing,” a play on the words dancing, frantic and prancing, in tribute to his by then wife Frances Taylor, who appeared on the cover. During the next session, while Miles was about to wrap up “Someday My Prince Will Come,” John Coltrane suddenly appeared in the studio between two sets at the Apollo Theater where he was performing. In two choruses, Coltrane conveyed the quintessence of his art. The next day he returned bringing, for the last time, the intensity of his flame to the music of Miles, who in “Teo,” took advantage of his presence to extend the modal explorations of “Flamenco Sketches” even further. Note: "Drad-Dog," track 4, is Goddard spelled backwards. It is Miles' tribute to Goddard Lieberson, the highly regarded and very supportive President of Columbia Records at the time of this recording.

This album is a cross-over from Kind Of Blue, which is known for the typical Miles Davis tunes, to traditional pop-standards such as the eponymous title track from "Snow White And The Seven Dwarfs".

"Some Day My Prince Will Come is a recording that can be recommended solely on its intrinsic merits, not the least of which is the uniformly excellent playing of the trumpet player. For this reason, along with the consistently high level of the other individual performances as well as the unmistakable guiding if not shaping influence of the strong-willed, focused and visionary leader over virtually every measure of the music, it's a session that continues to acquire a strong following, having the potential, even, of pulling within striking distance of Kind of Blue." 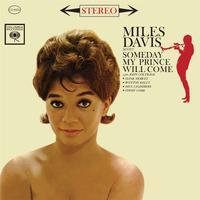