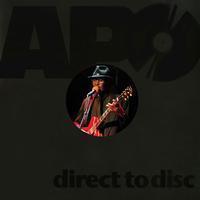 Born and raised in Ashland, Mississippi, guitarist Joe Beard was surrounded by aspiring and veteran blues musicians. Matt "Guitar" Murphy and his brother Floyd were Beard's childhood buddies and the ones who initially got him started on guitar.

Beard moved to Rochester, New York, in the mid-1950s and from time to time would visit one of his brothers in Chicago. He became enamored with the blues being played there and eventually sat in both with John Lee Hooker and Muddy Waters.

In Rochester, he formed the Soul Brothers Six, playing bass and singing. He wouldn't perform in public on guitar until 1965. For most of the '60s on through the '80s, Beard worked as an electrician by day and would occasionally play out at night and on weekends. He long ago gained a reputation as one of the best local players around Rochester and has sporadically been counted as one of the best nationally.

In the '90s, Beard began recording with the Audioquest label, and those two releases have won major acclaim within the blues and audiophile communities. This is his second direct-to-disc for APO Records.