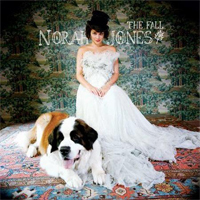 It's tricky reviewing the work of Jones, who — like Alicia Keys and Aimee Mann — has redefined the nature of the distaff soloist. Unlike their predecessors, epitomised by Carole King and others, then learning how to translate the freedoms of feminism into a new language, this Jones is traceable to Rickie Lee Jones and even Sade, both of whom have added a sense of ease and sa voir faire in place of the angst. Jones has always come across as more mature than her years could possibly account for, because she exhibits the sensibilities of the great stylists of the 1940s-1950s. Thus, she seems both modern and 'vintage' all at once. The result is simply gorgeous." Sound Quality: 89%, — Ken Kessler, Hi-Fi News

Highly Recommended Sound 90%  Audiophile
What can we say? The Norah Jones collection from Analogue Productions and Quality Record Pressings are as good as it gets. Super quiet, incredible sound quality and should be in every collection. Not to mention, the performances are second to none.

"The Fall sounds particularly good — with Jones going for a different sonic palette ...The bass and general bottom end of tracks like 'Chasing Pirates' and 'Waiting' sounds exceptional on this vinyl pressing."

Norah Jones went in new directions on her fourth full-length, 2009's The Fall, experimenting with different sounds and a new set of collaborators, including Jacquire King, a noted producer and engineer who had worked with Kings of Leon, Tom Waits, and Modest Mouse, among others.

For the first time, hear The Fall more richly detailed and vocally lush than ever before on 200g vinyl from Analogue Productions. 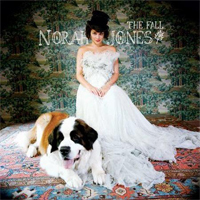