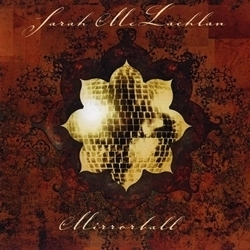 I really enjoyed this LP; I know I’m a little late to the game when it comes to Sarah McLachlan music, but this is very nice indeed. Kudos need to go out to the Analogue Productions bunch as well for this wonderful 45rpm pressing  - Dagogo Review

Culled from performances circa 1998, Mirrorball primarily consists of live versions of material from the  albums Fumbling Towards Ecstasy and Surfacing. Featuring hits galore such as "Building A Mystery," "I Will Remember You," "Angel" "Possession" and "Sweet Surrender" among others, McLachlan's ability to inhabit these songs live is breathtaking and her readings here are almost flawless across the board.

Mirrorball  is a live recording taken from McLachlan’s 1998 Lilith Fair tour. Lilith Fair was a tour conceived and implemented by McLachlan that featured the talents of female performers from around the world. Bad live albums are really bad, with lots of irritating noise, compressed sound, and poor performances. On the other side of the coin are works such as Mirrorball that give you an "I’m there" performance and "I’m there" sound quality.
Most of the songs are taken from the Fumbling Towards Ecstasy and Surfacing. As much as I absolutely loved both of these albums, they did at times feel a little over-produced. I often preferred the more stripped Freedom Sessions versions of the same songs.
With Mirrorball you get much of the immediacy of Freedom Sessions. The band seems to have been given a more prominent role and a looser leash. I especially enjoyed the guitar work on "Good Enough" which really growls on this album yet is hardly present on the studio version. The band goes to town and produces a really fun and funky version of "Sweet Surrender." The ballads, such as "Angel," feel raw and emotional, jumping out from a quiet audience that must have been holding its breath.
This is one of the best live recordings I’ve heard.
Bass Guitar – Brian Minato
Drums, Percussion, Vocals – Ashwin Sood
Guitar, Vocals – David Sinclair ), Sean Ashby
Guitar, Vocals, Piano – Sarah McLachlan
Keyboards, Vocals – Vince Jones
Vocals – Camille Henderson 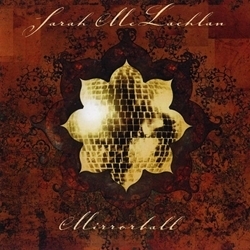