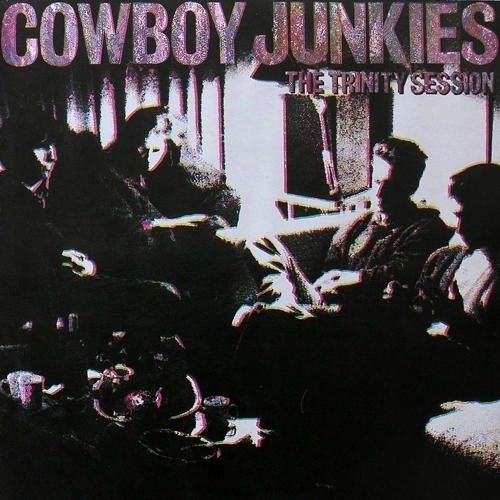 Sonics are first-rate, as is Analogue Productions’ knockout reissue. The sound is exceptionally ambient and airy, with a remarkable sense of depth and a seemingly endless stage. Instruments are creamy-rich in texture, as is Timmins’ come-hither vocal style. If you love Trinity Sessions, you’ll want this edition. The Absolute Sound

In 1988, three Canadian family members — a former punk-metal guitarist, a drumming brother and a sister who only sang around the house — joined a bassist friend to circle a single Calrec Ambisonic microphone hung from a Toronto church’s ceiling. They proceeded to spend a day laying down a haunting LP of hushed country-blues that almost three decades later still stands as an unmatched chill-vibe classic. Acoustic Sounds, bless them, recently reissued the album with fantastic sonics as well as cover art modified to the design the band originally envisioned. It’s the rare stereo-testing spectacular that appeals to both your ears and your heart. A must-have for the cover of Lou Reed’s “Sweet Jane” alone. Audiophile

Cowboy Junkies recorded this spectacular LP as a "live" event at the Church of the Holy Trinity in Toronto. It was recorded with a digital R-Dat and using only a Calrec Ambisonic Microphone. What this means is the record sounds like the band was playing right in front of you with the perfect ambiance.

Featuring the sultry voice of Margo Timmins, the precise musicianship of her brothers Peter (on drums) and Michael (on guitar), and bassist Alan Anton, The Trinity Session is a spare, evocative, countrified-rock classic. Their inspired reworking of both "Blue Moon" and "Working On A Building" reveal the Timmins family to be talented interpreters and insightful neo-traditionalists. Mixing the ambitious songwriting of Margo and Michael Timmins with subdued covers of Lou Reed's "Sweet Jane" and Hank Williams' "I'm So Lonesome I Could Cry," The Trinity Session is an exquisite collection that holds up quite well under repeated listenings.

This 2015 reissue was mastered by Ryan Smith at Sterling Sound and pressed by Quality Record Pressings, making for phenomenal sonics. Not there for the November 27, 1987 live event? This vinyl LP will make you want to close your eyes and imagine yourself being right there in the pews while they play.

"The main appeal of The Trinity Session, the Cowboy Junkies' second album, remains its lo-fi sound. The ambient buzz of Toronto's Church of the Holy Trinity, where the Junkies recorded the album around one microphone, colors every song, reinforcing the live setting and generating vinyl intimacy even on CD. It's as if the church itself was an instrument, one that Junkies could play pretty well. It allows Margo Timmins' voice to fill your field of vision, simultaneously soothing and unsettling, while her brother Michael's guitar rumbles through the songs, a little louder and sharper than anticipated." — Pitchfork

Who says you can't make a great record in one day -- or night, as the case may be? The Trinity Session was recorded in one night using one microphone, a DAT recorder, and the wonderful acoustics of the Holy Trinity in Toronto. Interestingly, it's the album that broke the Cowboy Junkies in the United States for their version of "Sweet Jane," which included the lost verse. It's far from the best cut here, though. There are other covers, such as Margo Timmins' a cappella read of the traditional "Mining for Gold," a heroin-slow version of Hank Williams' classic "I'm So Lonesome I Could Cry," "Dreaming My Dreams With You" (canonized by Waylon Jennings), and a radical take of the Patsy Cline classic "Walkin' After Midnight" that closes the disc. Those few who had heard the band's previous album, Whites Off Earth Now!!, were aware that, along with Low, the Cowboy Junkies were the only band at the time capable of playing slower than Neil Young and Crazy Horse -- and without the ear-threatening volume. The Timmins family -- Margo, guitarist and songwriter Michael, drummer Peter, and backing vocalist and guitarist John -- along with bassist Alan Anton and a few pals playing pedal steel, accordion, and harmonica, paced everything to crawl.

That said, it works in that every song has its own texture, slowly and deliberately unfolding from blues and country and drones. An example is the Michael and Margo song "I Don't Get It," ushered in with a few drawling guitar lines, a spooky harmonica, and brushed drums. Margo Timmins doesn't have a large range and doesn't need it as she scratches each song's surface like an itch until it bleeds its truth. This is also true on "Misguided Angel," another original where the verses become nearly a round alternating between her voice and Michael's snaky spare guitar lines to fill an almost unimaginable space. The Williams tune becomes a dirge in the Cowboys' hands. It's a funeral song, or an elegy for one who has dragged herself so far into the oblivion of isolation that there is no place left to go but home. Michael's guitar moves around the changes as bassist Anton plays them; he colors the space allowing for Margo to fill the melodic space spot-on, yet stretching each syllable out to the breaking point. For most, this was the Cowboy Junkies' debut -- Whites Off Earth Now!! was re-released in the States a few years later -- and it established them firmly in the forefront of the "alternative" scene with radio and MTV. As an album, it's still remarkable at how timeless it sounds, and its beauty is -- in stark contrast to its presentation -- voluminous and rich, perhaps even eternal. 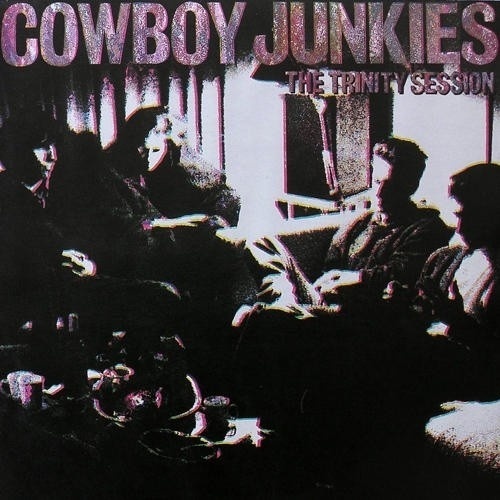