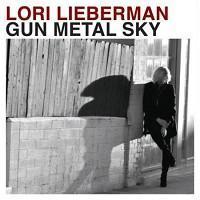 "...A sublime showcase for the crystalline vocals that made her an audiophile darling in the 1990s.

While her own works are achingly beautiful, the title track alone being a breathy Nyro-esque treasure worth the price of admission."

Lieberman's early music history formed in California in the seventies on the Sunset Strip and the West Coast club scene circuit that included singer-songwriters such as Joni Mitchell, Jackson Browne and the Eagles.

As one of Capitol Records' premier artists, she worked with some of the leading studio musicians - a young Larry Carlton, members of the L.A. Express, Sneaky Pete and  Joe Sample.

She toured the U.S. and Europe with Randy Newman, Billy Joel, Leonard Cohen, John Sebastian and Rick Nelson, to name a few.  Lieberman was nominated for the Golden Note Award for excellence with A Thousand Dreams on Pope Music, and two albums  - Home Of Whispers and Gone Is The Girl, which featured her stunning songs, warm vocals and rich orchestrations.

Gun Metal Sky marked Lori Lieberman's debut as an arranger for strings and woodwinds. While most of the songs are self-penned, the collection includes unique and interesting versions of songs from some of our most beloved songwriters, including Emmylou Harris, Paul Simon, The Bee Gees and The Hollies.
Best known for "Killing Me Softly," written during her Troubadour days in Los Angeles when she saw Don McLean in concert, Lori Lieberman has now recorded 14 LPs and CDs for Capitol Records, Pope Music and Drive On Records. She has gleaned the respect of an industry and a devoted base of fans worldwide.
200g Virgin  Vinyl
Mastered at Acoustech by Kevin Gray
Pressed at Quality Record Pressings