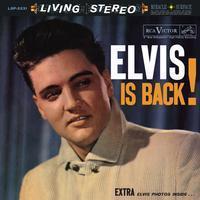 In case anyone thought that a stint in the US Army might have dulled Elvis’s talents, this astonishing LP from 1960 delivered exactly what the title promised, including the exclamation mark. His voice was in superb form, he was backed by the most sympathetic line-up in his career – including Scotty Moore, the Jordanaires, Hank Garland, and DJ Fontana – and the repertoire included ‘Fever’, ‘The Girl Of My Best Friend’, ‘Reconsider Baby’, ‘Such A Night’… Do you really need any more of an inducement to rush out and buy this state-of-the-art two-disc, 45rpm edition? Audiophile-grade Frank and Elvis LPs in the same month: oh, we are spoiled rotten.

"...This 45 RPM mastering by George Marino at Sterling Sound is astonishing. Yes, the double 45 RPM format is bound to yield a sonic improvement and I'd never bet against Kevin Gray and Steve Hoffman at AcousTech, but this sounds so far superior in almost every way." Music = 10/11; Sound = 10/11 - Michael Fremer

Elvis Presley's first full-length release after leaving the Army, the aptly titled Elvis Is Back! remains one of the King’s standout albums--and might be his all-time best. While Presley’s records were prone to include inconsistencies (mostly, songs he recorded at the behest of others’ suggestions, either to appeal to a certain audience or tie-in with a film), there’s not one example of musical filler or a single forgettable performance on this 1960 gem. Ironically, Elvis Is Back! stood as the singer’s most complete release for years, as it presents the musician in a focused mode that would soon be derailed by his subsequent work on thematic movie soundtracks.

Pressed on two 45RPM 180-gram vinyl LPs, Analogue Productions’ pristine version soars above the prized DCC LP edition (which regularly commands upwards of $200 ) as well as the DCC gold disc edition (a rare find that fetches $150 and more). No longer will you have to pay a premium to enjoy the magic of Presley’s voice, rhythms, and foundation-paving rock and roll melodies.

Mastered by George Marino, the King’s last truly superb studio album has never sounded so intimate, detailed, present, and alive. Images are true, tones are balanced, and the unbeatable warmth that only analog provides breathes through on every cut.

Demonstrating a slightly more relaxed and mature poise here than on his earlier material, Presley dives into R&B (a wonderful rendition of the Drifters’ “Such a Night”), unabated pop (an upbeat cover of Ral Donner’s “The Girl of My Best Friend”), swooning doo-wop (“Soldier Boy”), torch (Peggy Lee’s “Fever”), and authentic hard blues (a standout reading of Lowell Fulsom’s “Reconsider Baby”) as if he owns them all. And he does, his vocal performances deeper and truer, his emotional reach off the charts. Better still, he’s backed by the likes of Scotty Moore, D.J. Fontana, Hank Garland, Boots Randolph, and Floyd Cramer.

Recorded over the course of two marathon sessions (one taking place in Hollywood and the other in Nashville), the sound is wonderfully natural and present, and made all the better by Analogue Productions’ superior pressing. Every alluring shade, texture, and contour of Presley’s voice comes into your room with sheer transparency. 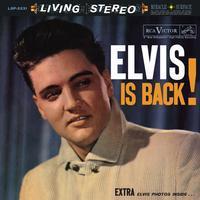