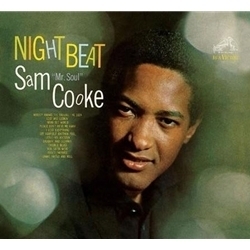 "...Thanks to Analogue Productions' 45-rpm reissue of Cooke's 1963 RCA album Night Beat he still speaks to us - eloquently. The sound is opulent; the songs excellent; the singing nonpareil; the mood, oh-so nostalgic."  - Jonathan Valin, The Absolute Sound,

"Whenever I think of Night Beat, I wonder how many records as perfect have been made since 1963. Listen anew to Sam Cooke's vocal honey on this Soul Blues album and I doubt you will come up with any worthy contenders...This 45 RPM issue was remastered at Sterling Sound and brings out the backing musicians including organist Billy Preston and guitarist Barney Kessel better than the ABKCO release, and makes it sound more like Sam was in the same room with the band. The definitive Night Beat." Recording = 10/10; Music = 10/10 - Dennis Davis, Hi-Fi+

Clearly Sam Cooke’s most intimate, most soulful and ultimately most realized recordings.

Night Beat has the feel of a private performance captured after hours when the audience had gone home and the singer was singing purely for the love and soul of his songs. From spiritual tracks to bluesy ballads to gospel classics, Cooke makes each cut his own here which in turn makes for a warm collection that's easy to connect with.

Mastered by George Marino at Sterling Sound from the original three-track masters.

A Groundbreaking Soul Pioneer and An Influence On Generations of Singers - Everyone Agrees Sam Cooke Is The MAN!
"...He had an incomparable voice. Sam Cooke could sing anything and make it work. But when you're talking about his strength as a singer, range is not relevant. It was his power to deliver — it was about his phrasing, the totality of his singing," — Van Morrison, for Rolling Stone magazine's 100 Greatest Singers Of All Time, ranking Cooke at No. 4
This Best Of Sam Cooke album was the beacon that kept Cooke's most popular songs in the public eye. Between 1957 and his death seven years later, Cooke recorded an average of one Top Ten single every four months! And now on this single LP, you can relive the timeless best known and best-loved Sam Cooke classics.
But the star of the show here is Mr. Samuel Cook, the King of Soul. Get yourself this 45rpm reissue and hear the magic. This record is as satisfying as they come. The entire record sounds incredible, providing warmth, detail, and undeniable presence. - Hifidelity
For a couple of generations this was the first - and often only - Sam Cooke album they owned. Although there are more ambitious collections that show Cooke's remarkable range and diversity, this is still the best starting place. These are Sam Cooke's biggest commercial hits. This is the message in a bottle that brought his gifts to millions of people.
What is it that makes Cooke's music so irresistible? Well, first the voice, of course. So good, in fact, was Cooke as a vocalist that Atlantic Records vice president Jerry Wexler said matter-of-factly, "Sam Cooke was the best singer who ever lived, no contest." But beyond just his voice, it's the phrasing that makes these songs so timeless and memorable. Cooke himself explained it this way: "You just talk the story. That's how you get people to come to you - because it's not like a song, it's like two people rapping, only with a melody attached. But then when you come to the hook ('That's the sound of the men working on the chain gang'), then you're free, everybody's gonna sing that part, you want to get everybody to sing along." And they're still singing along.
So we all know the songs. We all know they're great. But nobody's known — not unless you were there when it was recorded — just how incredible these recordings actually sound. Now, cut at 45 RPM with every detail tended to and no expense spared, we've got the best of The Best of Sam Cooke. 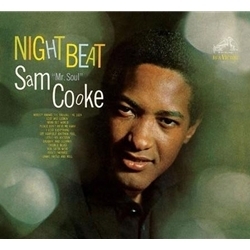