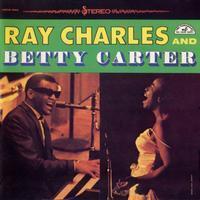 Mastered By Kevin Gray at Cohearent Audio -  Pressed at QRP

"Cut from the original three-track tapes, this QRP edition shines in the same ways described above. The reduced groove noise lets you hear into the sessions by revealing more musical details, dynamic swing and nuanced musicianship in ways that greatly enrich our experience." Wayne Garcia, The Absolute Sound,3

"...it's easy to see why labels love it: the two jazz giants worked together almost as harmoniously as Ella Fitzgerald and Louis Armstrong...The standout is probably the oft-heard 'Baby It's Cold Outside,' but the pair's contrasting styles also work wonders with 'Ev'ry Time We Say Goodbye,' a sexy 'Cocktails For Two' and even a swinging if lightweight 'Side By Side'." Sound Quality: 88% - Ken Kessler, Hi Fi News,

One track - "Baby, It's Cold Outside" - will make this one easily worth the price of admission!

Whoa! Now we're getting into the big leagues. Ray Charles, cut from the original three-track tapes, pressed on 200-gram vinyl at Quality Record Pressings. And not just any Ray Charles title, mind you. Ray Charles and Betty Carter! Analogue Productions has reissued a whole lot of classics - a whole lot - but there aren't many of 'em that are a much bigger deal than this.

This is such a romantic album. Such a warm album. Such a rich album. And, ooh, the sound! Turn the lights down and grab that special someone.

Originally released in 1961 on ABC-Paramount, Ray Charles and Betty Carter features startling dynamics, with Marty Paich's arrangements showcasing both punchy brass and lush strings. The showstopper, "Baby, It's Cold Outside," topped the R&B charts upon its release. And jazz singer Betty Carter's vocal prowess shines on "Cocktails For Two" and "Alone Together." Ray Charles has never sounded more romantic.

Betty Carter was known for her improvisational technique and unique vocal style. At the young age of 16 she sang with Charlie Parker and later performed with the likes of Dizzy Gillespi and Miles Davis.

This pairing of two totally idiosyncratic vocalists acquired legendary status over the decades in which it had been out of print. But the proof is in the listening, and frankly it doesn't represent either artist's best work. There is certainly a powerful, often sexy rapport between the two -- Charles in his sweet balladeering mode, Carter with her uniquely keening, drifting high register -- and they definitely create sparks in the justly famous rendition of "Baby, It's Cold Outside." 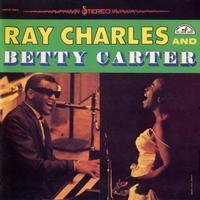