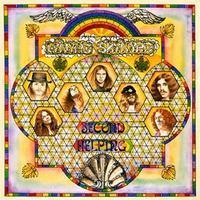 Highly Recommended Incredible. Incredible. Incredible.While the Mofi release (Pronounced ‘Lĕh-‘nérd ‘Skin-‘nérd) was the “one to get” it appears the guys and gals over at Analogue Productions had an ace up their sleeve and this was it. I cannot get over how good this record sounds. Honestly, should be in every collection - .Sound 90% Audiophile

Get ready for some Southern hospitality, courtesy of Analogue Productions, Quality Record Pressings and one of the hardest-rocking bands to ever grace a stage!

"MoFi may have the rest of their catalogue, but AP coup is grabbing this album, the band's second, from 1974. Why? Because it kicks off with their anthem, the inimitable, riff-driven, majestic 'Sweet Home Alabama' — one of the greatest air-guitar/road trip songs ever. By this time, the band was a mite slicker but just as unapologetically Confederate-with-a-capital 'C' as on their debut. The opener does overshadow the rest, but the album serves up what the LP title promises in 'The Needle And The Spoon,' which sounds like 'Sweet Home Alabama II.' Musically, this nestles alongside Little Feat and The Allman Brothers Band — deservedly high praise." — Ken Kessler, Hi-Fi News, April 2014

Driven by core members Gary Rossington (guitar), Johnny Van Zant (vocals) and Rickey Medlocke (guitar), along with longtime drummer Michael Cartellone, Lynyrd Skynyrd's legacy goes back some 35 years ago to Jacksonville, Fla., and was halted for a decade by the 1977 plane crash that killed three band members, including Ronnie Van Zant and Steve Gaines. Since then, the band tragically lost Allen Collins, Leon Wilkeson and Huey Thomasson, yet they rock on. With the recent passing of founding member/keyboardist Billy Powell and longtime bassist Ean Evans, "a lot of people probably expected us to say enough is enough," admits Medlocke. But that would not be the way of this Rock & Roll Hall of Fame powerhouse. With a catalog of over 60 albums and sales beyond 30 million, Lynyrd Skynyrd remains a cultural icon that appeals to all generations.

This Lynyrd Skynyrd 1974 album follows the success of "Free Bird" and "Gimme Three Steps" from their 1973 debut and features their biggest hit single, "Sweet Home Alabama," an answer to Neil Young's "Southern Man" and "Alabama." The song reached No. 8 on the Billboard Hot 100 chart in August 1974. Second Helping also featured "Don't Ask Me No Questions," "Workin' for MCA" and "Call Me The Breeze," the latter of which includes an acclaimed piano solo. Backed by a tight rhythm section and the mighty three-guitar attack of Allen Collins, Ed King and Gary Rossington, singer Ronnie Van Zant turns in a legendary performance on the urgent blues ballad "I Need You," the cautionary "The Needle And The Spoon" and "The Ballad Of Curtis Loew."

"Van Zant sang this pissed-off answer to Neil Young's 'Southern Man,' and even Young loved it. 'I'd rather play 'Sweet Home Alabama' than 'Southern Man' anytime,' Young said. The admiration was mutual; Van Zant wore a Young T-shirt on the cover of Skynyrd's final album, Street Survivors, and according to legend, he is buried in the shirt." - Rolling Stone

Highly Recommended Incredible. Incredible. Incredible.While the Mofi release (Pronounced ‘Lĕh-‘nérd ‘Skin-‘nérd) was the “one to get” it appears the guys and gals over at Analogue Productions had an ace up their sleeve and this was it. I cannot get over how good this record sounds. Honestly, should be in every collection.Sound 90% Audiophile 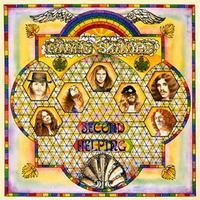