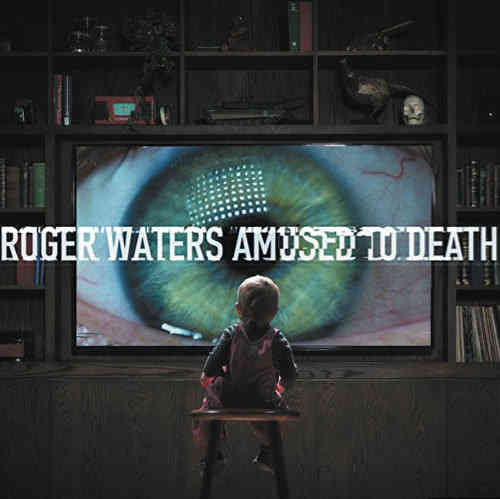 Amused To Death  is A Singular Sonic Spectacular If for no other reason than to experience the astonishing production and sound, this album should be considered “mandatory listening” Sound 11/10 Michael Fremer Analogplanet.com

The 2015 2LP 200-gram vinyl edition of Amused to Death features remastered audio completed by longtime Roger Waters / Pink Floyd collaborator and co-producer, James Guthrie, and has been pressed at Quality Record Pressings. The cover and gatefold art has been updated for 2015 by Sean Evans, the creative director of Waters' 2010-2013 "The Wall Live" tour and movie.

Amused to Death was mixed by Pink Floyd's producer/engineer James Guthrie, and now, using those same analog tapes, he's mastering the album for multichannel SACD. And Doug Sax and Guthrie are working together to master the vinyl, to be pressed to perfection by Quality Record Pressings

Talk about a blockbuster: This is it.

Amused to Death was mixed by Pink Floyd's producer/engineer James Guthrie, and now, using those same analog tapes, he's mastering the album for SACD. And Doug Sax and Guthrie are working together to master the vinyl, to be pressed to perfection by Quality Record Pressings! A beautiful album conceptually, lyrically, and musically

For his third solo album, Roger Waters, former bassist/singer/songwriter and founding member of Pink Floyd, takes listeners on a journey through his mind as he examines how human society has been affected through mass media and particularly television. This complex concept album takes its title from a book by author Neil Postman that also explores and alerts us to the dangers of the ways the media shapes our lives.

In the title track, aliens arrive on Earth after the extinction of humans - finding merely skeletons gathered around TV sets. The alien anthropologists run every imaginable test to try and determine the reason for this "sad demise." Their conclusion?

"This species has amused itself to death." Visually, the concept is depicted by a cover shot of a gorilla watching television — "just flipping channels, looking for something that interests him," Waters says. Like many of us today.

Q magazine describes Amused To Death as sounding more like a Pink Floyd album than any other Waters solo effort to date. It is the brother of The Wall, perhaps even the distant cousin of Dark Side Of The Moon, which should delight fans of those albums.

So rare are original pressings of Amused To Death that copies today sell for more than $1000 in like-new condition. For this historic reissue there will be nothing spared. Let us reiterate: This edition is cut from the analog master tapes. James Guthrie is mastering his original stereo mix for SACD and he and Doug Sax are teaming up to master the vinyl version, to be pressed to perfection by Quality Record Pressings!

The best post "Wall" Floyd-related album to date! Amused To Death is beautifully recorded, lavish in depth and rich in sound. The 14 tracks flow into each other, meaning the album is best consumed whole. To shuffle tracks is to read random pages from a multi-page essay in no particular order. Waters tackles subjects as varied as capitalism, war, religion, American fast food, television, film director Stanley Kubrick and Broadway composer Andrew Lloyd Weber. Waters enlists some striking studio partnerships: Don Henley joins him on vocals for "Watching TV," the National Philharmonic Orchestra leaps in for "Too Much Rope," and Rita Coolidge pops up during the title track. Waters also recruited for musical support legendary guitarist Jeff Beck. The quality of production by Waters, Nick Griffiths and Patrick Leonard is simply superb. Amused To Death is cinema for the ears. Food for the brain. It's an album that Waters says, "literally unfolds with repeated play. The more you listen, the more you see."

Amused to Death is a solid album both conceptually and musically, showcasing Waters as an artist who, like his work with Pink Floyd, conveys his thoughts and ideals with pinpoint accuracy so that they are engraved within his audience's mind. With this album, Waters touches heavily on the dangers of capitalism, the insensitivity of the human race, the ridiculousness of war, and the onslaught of mindless entertainment that encroaches on mankind on a day-to-day basis. Fitting all these aspects into 14 songs is a task in itself, but accomplishing this task alongside music that is forceful and appealing is extremely difficult, and still Waters succeeds in doing this throughout the duration of the album. "The Ballad of Bill Hubbard" is a moving spoken intro from Alf Razzell, a former member of Britain's Royal Fusiliers. A stab at the false sense of security that lies within religion is dealt with on the powerful "What God Wants, Pt. 1," and the cowardice of the world's leaders is addressed in "The Bravery of Being Out of Range," one of the albums most blatant tracks. Guest guitarist Jeff Beck rises to the occasion on a number of songs here, and both Rita Coolidge and Don Henley fill in behind and beside Waters on a couple of the longer tunes. Ending with the title track, a song that sums up the whole of the album with it's subtle yet hard-hitting demeanor, Waters proves that he can still reveal his conceptual ideas with pristine clarity, only on Amused to Death, the music is as equally entertaining and effective. 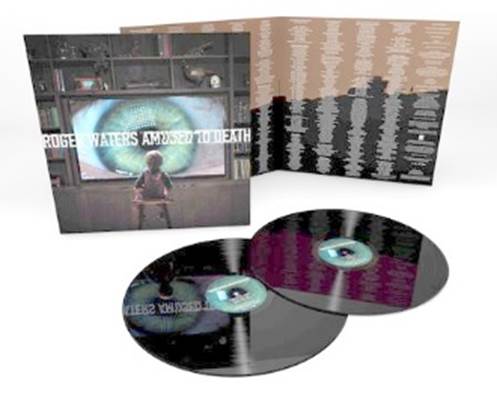