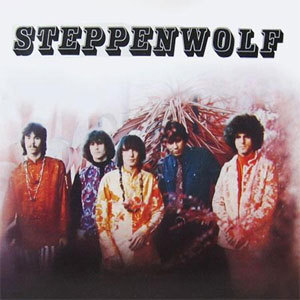 Of course the best LPs start with the best mastering, and there's none better than the maestro on this record, engineer Kevin Gray!

Steppenwolf have become synonymous with their huge Harley ridin'-hit, "Born to be Wild", although in reality, their success was far broader, with sales totaling more than 25 million units worldwide. Now their eponymous debut album originally released in 1968 is back and stunning audiophiles — courtesy of Analogue Productions and Quality Record Pressings

"Steppenwolf entered the studio for their recording debut with a lot of confidence -- based on a heavy rehearsal schedule before they ever got signed -- and it shows on this album, a surprisingly strong debut album from a tight hard rock outfit who was obviously searching for a hook to hang their sound on..."Born to Be Wild" by ex-member Mars Bonfire, which became not only a chart-topping high-energy anthem for the counterculture (a status solidified by its use in Dennis Hopper's movie Easy Rider the following year), but coined the phrase heavy metal, thus giving a genre-specific name to the brand of music that the band played..."

heir history is littered with a succession of band members, substance abuse issues and several break-ups and reformations, but Steppenwolf endures.

Steppenwolf started life in Canada in the early '60s as The Sparrows, but did not find fame until they had changed their name and released their rockin' album debut in 1968. When two tracks, "Born to be Wild" and "The Pusher", were used in the film "Easy Rider," the success of the album was assured. It marked the first of five consecutive gold certified albums but after the release of For Ladies Only in 1971, the band split.

They were back together by 1974 and started to release albums again, beginning with 1974's Slow Flux; but their heyday was past, and this album was to contain their last Top 40 hit, "Straight Shootin' Woman." They tried to split after 1975's Hour of the Wolf but contractual commitments to the record label made them stick it out for 1976's Skullduggery. Another split followed, and yet another reformation followed that.

The original album cover was something amazingly spectacular, done with a silver foil, now painstakingly recreated for this 200-gram QRP pressing. And the LP itself? Our state-of-the-art pressing plant's LPs draw consistent critical raves for their sonic reproduction and incredible super-silent backgrounds.

Of course the best LPs start with the best mastering, and there's none better than the maestro on this record, engineer Kevin Gray! 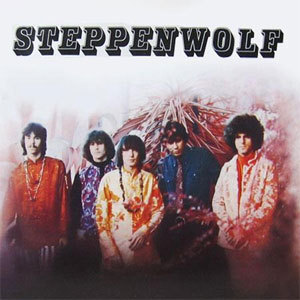