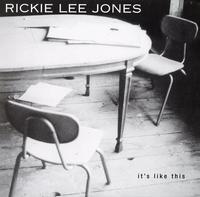 "This lovely set of intimately arranged and meticulously recorded covers, originally issued in 2000, is precisely the kind of semi-obscure album in need of a quality all-analog reissue…The superbly natural sound produced by this record is what spending big bucks on an audio system is all about. Set the volume appropriately and Ms. Jones'll draw you into the studio for a personal song recital…This is one to savor." Sound = 11/10 – Michael Fremer, .musicangle. "

his effort from 2000 shows Jones conjuring such magic with the material that she deserves as much attention for reworking standards as do Carly Simon or Linda Ronstadt. Kicking off with Steely Dan's 'Show Biz Kids,' and with appearances by Joe Jackson and Ben Folds, among the highpoints is the Beatles' 'For No One' that ranks as among the finest Beatles covers ever   And considering that they number in the tens of thousands, that's about as high as praise gets." Recording = 5/5; Performances = 5/5 Album of the Month – Ken Kessler, Hi-Fi News,

"The Rickie Lee Jones 45rpm is AWESOME UNREAL AMAZING!!! I have to get a spare  copy. I'll play this one to death." – Danny Kaey, Positive-Feedback Online

Not since Billie Holiday has there been a vocalist who so completely transforms a song into her own. On It's Like This, eclectic folkie Rickie Lee Jones envelops standards, showtunes, '70s soul, and even slick jazz-rock, interpreting them with her familiar childlike, breathy shouts. In a very similar vein as 1991's Pop Pop, Jones pulls together a collection of diverse songs from throughout the 20th century and gives them a sparse, fragile spin, kind of like Diana Krall and Bjork sharing coffee at an all-night diner.

Produced by Bruce Brody (who has also worked with Maria McKee and Bette Midler), this album is really a showcase for the dynamic vocalist - her voice pitching and yawing like a sloop far out at sea. Several notable artists scatter themselves unobtrusively throughout the album like Joe Jackson, Ben Folds, John Pizzarelli, and Taj Mahal; each lend a subtle bass line or harmony vocal, cautiously not stepping on any of Jones' delicate lines. 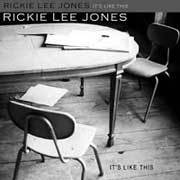