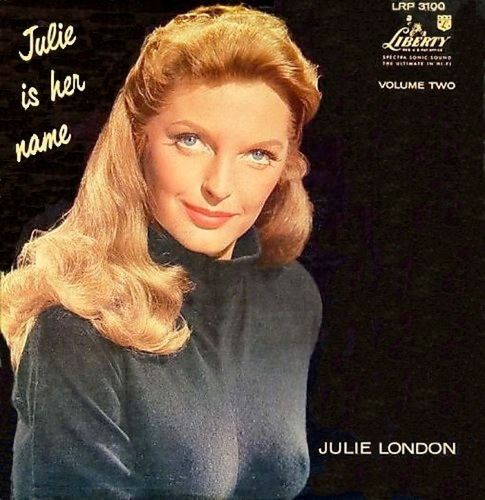 Mastered by Kevin Gray at Cohearent Audio from the original analog tapes
Fabulous sound and music worth savoring!  , Sound 10/10 Music 8/10 Dennis Davis Hi-Fi +
The year is now 1958, but London's satiny voice is still as earthy and seductive. ... Pressed at QRP, the surfaces are wonderous. But this album is all about London, a pitch perfect and understated talent who understood that less is more." — Neil Gader, The Absolute Sound,
But to get back to the beginning, what a lovely success story. "Julie Is Her Name" skyrocketed to one of the best selling albums of all time. Julie London rose to the top ten of every list of female vocalists. The satisfying simplicity and quietness of the guitar-bass formula gained happy acceptance in the midst of all the noise, and it has been copied and re-copied.
One's own success is always difficult to top. This is an old show business adage. Perhaps we're overly enthusiastic, but in this case we feel the good is followed by the better. "Julie Is Her Name--Vol. II" has all the sincerity and warmth of "Julie Is Her Name." The songs have the same tingling nostalgia. Howard Roberts' brilliant guitar work and arrangements capture every nuance of every mood. Red Mitchell's impeccable bass work couldn't possibly make a more musicianly marriage. And Julie's singing stature continues to grow and grow.
She was the sultry film starlet-turned-torch singer-come-TV actress whose dusky alto captivated a generation.
Julie London was "discovered" while running a department store elevator in Hollywood.
Just three years earlier the bountiful 15 year old, born Julie Peck to her parents, a song-and-dance duo of the vaudeville era, was singing on her parents' radio show. When she started working in the movies in the 1940s, she changed her name to London. During the course of a celebrated career in acting and music, she made more than 30 albums.
The sultry-voiced actress, who was once married to "Dragnet" producer-star Jack Webb, had a hit record with the 1950s single "Cry Me a River." The single debuted in 1955, sold three million copies and remained in demand into the 1960s.
Analogue Productions has brought back Julie Is Her Name Volume 2, making it an undeniable classic in every sense of the word. Remastered by Kevin Gray at Cohearent Audio, and plated and pressed on 200-gram vinyl at Quality Record Pressings, the result is a memory-stirring masterpiece.
Julie Is Her Name — Volume Two, has all the sincerity and warmth of her professional album debut, the best-selling Julie Is Her Name, from Liberty. An untested singer with uncompromising musical faith, an unknown record company, sophisticated, tastefully presented standards presented simply backed by just a bass and guitar — Julie Is Her Name faced long odds of success. Yet it soared to become a best-selling hit. Julie London rose to the Top 10 of every list of female vocalists.
And as to the cover, expect only top-notch reproduction for our Analogue Productions reissue. Originally a single LP jacket, we've upgraded to a gatefold incorporating more original photographs provided by Universal.
London appeared in nearly two dozen motion pictures during the 1940s and '50s; she was best known to TV audiences as nurse Dixie McCall on the 1970s hospital drama "Emergency!" She was hired on "Emergency!" by Webb," her then-former spouse, to co-star with her second husband, jazz musician Bobby Troup. Troup, who composed the iconic musical hit "Route 66" played a doctor on the show and it was he who helped sign Julie to the Liberty record label.
Describing her smoky vocal style, London once said, "It's only a thimbleful of a voice, and I have to use it close to a microphone. But it is a kind of over-smoked voice, and it automatically sounds intimate." A style inimitable, in our estimation.
A few bars into the opening track, 'Blue Moon', and there is little doubt why Analogue Productions chose to reissue this LP. London's breathy phrasing is captured perfectly, and few records present a more compelling facsimile of a singer, guitar and bass player performing in your listening room. This excellent Kevin Gray mastering is matched with a first class foldout cover, filled with sex kitten shots of London. Fabulous sound and music worth savoring." Recording = 10/10; Music = 8/10 – Dennis D. Davis, Hi-Fi+
Bass – Red Mitchell Engineer – Ted Keep Guitar – Howard Roberts Producer – Bobby Troup
1.   Blue Moon
2.   What Is This Thing Called Love
3.   How Long Had This Been Going On
4.   Too Good To Be True
5.   Spring Is Here
6.   Goody Goody
7.   The One I Love Belongs To Somebody Else
8.   If I’m Lucky
9.   Hot Toddy
10.   Little White Lies
11.   I Guess I’ll Have To Change My Plan
12.   I Got Lost In His Arms 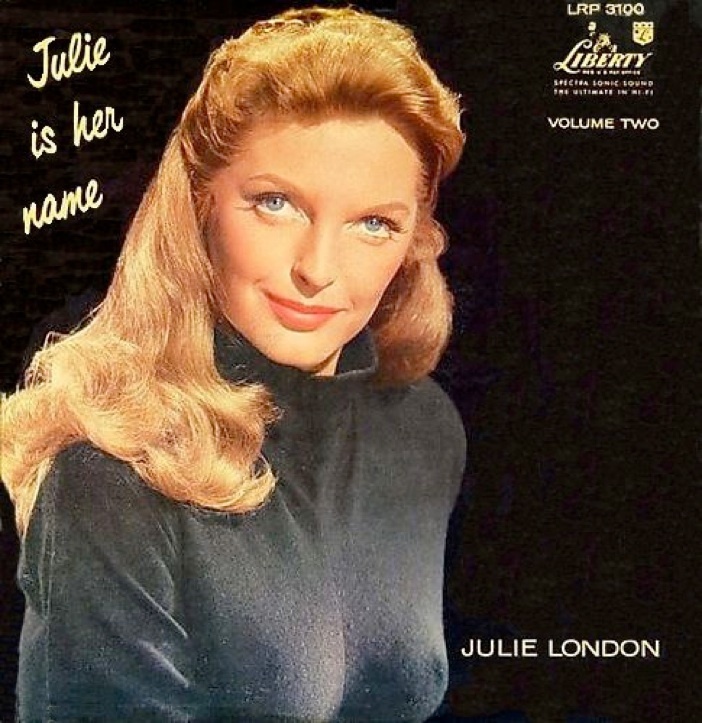