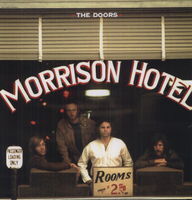 Rolling Stone proclaimed that Morrison Hotel opens “with a powerful blast of raw funk called ‘Roadhouse Blues’. It features jagged barrelhouse piano, fierce guitar, and one of the most convincing raunchy vocals Jim Morrison has ever recorded.”

In short, the harsh brilliance of “Roadhouse Blues” was its angry hard rock manner, brought to fore in brooding fashion with a chillingly true Morrison lyric: "I woke up this morning and I got myself a beer/The future's uncertain and the end is always near."

Making it one of The Doors’ best-ever tracks, “Roadhouse Blues” was joined as praise-worthy in Rolling Stones’ review by the buoyant catchiness of another Morrison Hotel single, “Land Ho.” “A chanty that sets you rocking and swaying on first listen and never fails to bring a smile every time it's repeated.”

Analogue Productions and Quality Record Pressings are proud to announce that six studio LP titles — The Doors, Strange Days, Waiting For The Sun, Soft Parade, Morrison Hotel and L.A. Woman —  are featured on 200-gram vinyl, pressed at 45 rpm. All six titles are also available on Multichannel SACD! All were cut from the original analog masters by Doug Sax, with the exception of The Doors, which was made from the best analog tape copy. 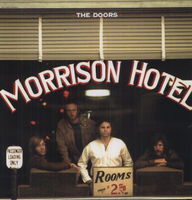