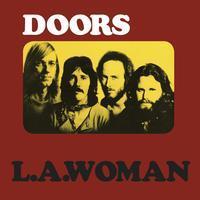 Mastered By Doug Sax and overseen by Bruce Botnick

The title track from this, the last Doors album recorded with Jim Morrison, who died shortly after it was released, has, said one reviewer, “maybe the best Chuck Berry riffs since the Stones.” And that’s not even mentioning “Love Her Madly,” which became one of the highest charting hits for The Doors. “Love Her Madly,” was written by Doors guitarist Robbie Krieger, who is said to have penned the song about the numerous times his girlfriend threatened to leave him. The song peaked at No. 11 on the Billboard Hot 100 singles chart and reached No. 3 in Canada.

Technical notes about the recording process by Doors producer/engineer Bruce Botnick:
"Throughout the record history of the Doors, the goal between Paul Rothchild and myself was to be invisible, as the Doors were the songwriters and performers. Our duty was to capture them in the recorded medium without bringing attention to ourselves. Of course, the Doors were very successful, and Paul and I did receive some acclaim, which we did appreciate.
"If you listen to all the Doors albums, no attempt was made to create sounds that weren't generated by the Doors, except for the Moog Synthesizer on Strange Days, although that was played live in the mix by Jim, but that's another story. The equipment used was very basic, mostly tube consoles and microphones. Telefunken U47, Sony C37A, Shure 56. The echo used was from real acoustic echo chambers and EMT plate reverb units. In those days, we didn't have plug-ins or anything beyond an analogue eight-track machine. All the studios that we used, except for Elektra West, had three Altec Lansing 604E loudspeakers, as that was the standard in the industry, three-track. On EKS-74007, The Doors, we used four-track Ampex recorders and on the subsequent albums, 3M 56 eight-tracks. Dolby noise reduction units were used on two albums, Waiting For The Sun and The Soft Parade. Everything was analogue, digital was just a word. We didn't use fuzz tone or other units like that but created the sounds organically, i.e. the massive dual guitar solo on "When The Music's Over," which was created by feeding the output of one microphone preamp into another and adjusting the level to create the distortion. The tubes were glowing and lit up the control room.
"When mastering for the 45-RPM vinyl release, we were successfully able to bake the original master tapes and play them to cut the lacquer masters." - Bruce Botnick, 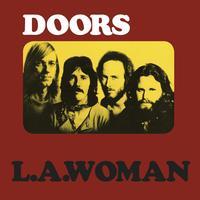