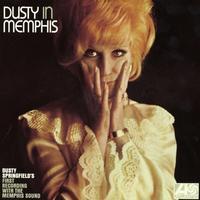 This edition is the finest I've ever heard." LP of the Month. Sound Quality = 99% - Ken Kessler, Hi-Fi News

100 Recommended All-Analog ressues Worth Owning - Michael Fremer Analogplanet 2019
Originally released in 1969, the concept for Dusty In Memphis was to take England's reigning female soul queen to the home of the music which had inspired her. Produced by Atlantic's Jerry Wexler and Arif Mardin and engineered by Tom Dowd, the record's highlights include "Son Of A Preacher Man," "So Much Love," "Breakfast In Bed," "Just One Smile," "I Don't Want To Hear It Anymore" and "Just A Little Lovin'". Springfield is backed by a crack band that had previously worked with Aretha Franklin, Wilson Pickett, King Curtis and Elvis Presley among others.

The musicians - collectively known as the Memphis Cats - include guitarist Reggie Young, bassist Tommy Cogbill, drummer Gene Chrismann, pianist Bobby Wood and Bobby Emmons on organ and electric piano. Songwriting contributions came from, among others, Randy Newman, Carole King, Gerry Goffin, Barry Mann and Cynthia Weil. Dusty Springfield is one of the finest white soul singers of her era, and this is the undisputed proof.

LP of the Month - Hi-Fi News "...this LP proved definitively that Ms. Springfield ranks right up there with Aretha Franklin, Etta James and other soul/R&B queens of the post-WWII era...This edition is the finest I've ever heard." LP of the Month. Sound Quality = 99% - Ken Kessler, Hi-Fi News

"...absolutely stunning double 45rpm issue mastered from the original tape by Kevin Gray...I didn't know what to expect from this but my most optimistic hopes didn't begin to approach this album's reinvention at 45rpm...A classic reinvented. Very highly recommended for the music, for the mastering and for the superbly detailed pressing quality too from Quality Record Pressings." Music = 9/11, Sound = 9/11 - Michael Fremer, musicangle.com, November 2011

"...As with all 45 RPM remasterings, the higher groove velocity has made possible the extended high frequencies and lower noise that make this edition a marvel of sound." Performance = 5/5, Sound = 5/5; Editor's Pick, Recording of the Month — Robert Baird, Stereophile,

February 2012 "... Kevin Gray turned in a sparkling re-mastering and the 45-RPM pressing from Chad Kassem's Quality Records could hardly be better. 'The Windmills Of Your Mind' throws a huge soundstage and Dusty on vinyl sets a high barrier for high def digital to aim for." Recording = 10/10; Music = 10/10 — Dennis D. Davis, Hi-Fi +, Issue 86

Analogue Productions' reissue functions as a case study in what careful remastering and good pressing can achieve-even if the single-jacket package means both 45RPM LPs get crammed into one space. Sonically, it doesn't entirely erase the lack of fill, but adds such a three-dimensional frame to the picture that the holes begin to disappear. Additionally, it creates a much larger soundstage than found on the original, and the improved pitch stability makes it seem you've acquired a better turntable-not just a better pressing." — 4.5/5 stars, Dennis Davis, vinylreviews

• Mastered by Kevin Gray at CoHearent Audio from the Original Master tapes! 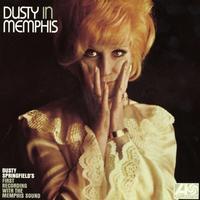