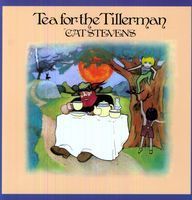 Stereophile Magazine The Very First Title Pressed at Quality Record Pressings Is... Cat Stevens' Tea for the Tillerman! One of the all-time most classic audiophile records is Cat Stevens' Tea for the Tillerman from 1970. There are so many things perfect about this release. First and foremost, it's a masterpiece of a record. It's that rare record that couples breathtaking sound with hit after hit after hit. In fact, to list the hits would be to list the entire song list.

"...All you really need to know is that in every way this first effort from 'QRP' is of the highest quality...gatefold packaging which looks just like the original, only better. As far as the sound goes it is equally brilliant...And wow listening to this impeccably pressed on 200g vinyl reissue. The attack of the pick on the guitar strings is astonishingly clean and detailed. Depth is pronounced and because of both the blackness of the backdrop and the precision of both the state-of-the-art plating and the technological breakthroughs achieved in the retro-fitted presses, the resolution of low-level detail reveals a host of details that are either buried or glossed over on the other versions I've heard and own." - Jack Roberts, Dagogo

"...Like the glossy gatefold covers used in their deluxe Impulse 45 RPM series, the cover reproduction here is absolutely top-notch...The vinyl itself arrived perfectly clean and flat, and played with nary a pop or tic throughout...The pressing is of extremely high quality." - My Vinyl Review

Quality Record Pressings couldn't have picked a better vehicle for which to show off what will be one of the highest quality records ever pressed!