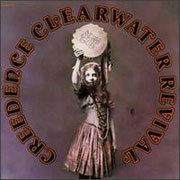 Creedence Clearwater Revival's last album (and only one as a trio) was the most under-rated album in history. Although it signaled the end of the group, Mardi Gras was a very noble effort. After Tom Fogerty's departure, John Fogerty demanded that Stu Cook and Doug Clifford share equally in the songwriting and singing departments, and the inexperienced pair complied. The commercial and critical failure resulted in the disbandment of the group several months after the release. A sad end to a phenomenal rock and roll band.