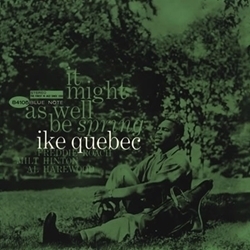 "...if you haven't picked up every one of the Blue Note and Nat King Cole reissues from Analogue Productions  you're really missing out!" - David W. Robinson, Positive Feedback

"…As much as I'd love to relay all kinds of anecdotes about the challenges Steve Hoffman and Kevin Gray encounter during the mastering sessions, I witness none. These boys know the sound of the facility and the Van Gelder masters like the backs of their hands…Back home a month later, I unpack some test pressings Chad Kassem has sent me…I hear the most realistic-sounding drums ever reproduced by my system. It's as though I'm sitting at the point of creation, experiencing the same high that brought such gifted musicians together as one. Steve Hoffman, Kevin Gray, Chad Kassem, and Don MacInnis have done Rudy Van Gelder and his Blue Note artists proud." – Jason Victor Serinus, Stereophile

Two weeks after Ike Quebec recorded his comeback album Heavy Soul for Blue Note, he was back at the Van Gelder Studio with the same band (Freddie Roach, Milt Hinton and Al Harewood), making a second album. The confidence paid off because It Might As Well Be Spring is every bit the classic the first album proved to be.

Quebec's big-toned, vulnerable tenor playing is a thing to behold, as his heart-stopping version of the title tune, "Lover Man" and "Willow Weep For Me" attest. "Easy – Don't Hurt" is one of his blues masterpieces. Here on Numbered Limited Edition 180g 45RPM Double Vinyl! 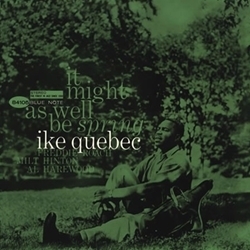