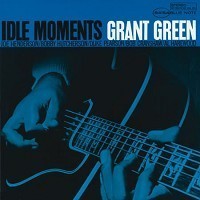 "…As much as I'd love to relay all kinds of anecdotes about the challenges Steve Hoffman and Kevin Gray encounter during the mastering sessions, I witness none. These boys know the sound of the facility and the Van Gelder masters like the backs of their hands…Back home a month later, I unpack some test pressings I hear the most realistic-sounding drums ever reproduced by my system. It's as though I'm sitting at the point of creation, experiencing the same high that brought such gifted musicians together as one. Steve Hoffman, Kevin Gray, Chad Kassem, and Don MacInnis have done Rudy Van Gelder and his Blue Note artists proud." – Jason Victor Serinus, Stereophile,

"...if you haven't picked up every one of the Blue Note and Nat King Cole reissues , you're reallymissing out!" - David W. Robinson, Positive Feedback,

Unique in Green's discography for its relaxed, lengthy performances and almost dream-like lyricism, this Blue Note classic could very well be called Ballads for the Ages.Grant Green was, along with Wes Montgomery, the top new jazz guitarist to become prominent in the early 1960s. Due to his single-note style (Green rarely every played a chord) and his ability to create fast lines on the spot, Green was in some ways the Charlie Parker of the guitar. He gained experience playing in St. Louis in the 1950s including with Jimmy Forrest, Harry “Sweets” Edison and Lou Donaldson, moved to New York, and immediately became Blue Note’s house guitarist.

When it came to playing soul jazz with organ combos, jamming bebop with a quartet, caressing ballads or coming up with fresh approaches to Latin jazz and spirituals, the versatile Green was at the top of his field. But among his many recordings, Grant Green’s most vital and adventurous was Idle Moments. With such inspiring sidemen as Joe Henderson, Bobby Hutcherson and Duke Pearson, Green is heard at the absolute apex of his creativity throughout this stunning set. He builds up statements like a masterful speaker, sounds both passionate and thoughtful at every tempo, and never runs out of brilliant and personal ideas to express. Every phrase leads to the next one yet all of his solos are spontaneous.

While the other musicians are inspired and in top form, Idle Moments is particularly notable as the height of Grant Green’s musical genius. 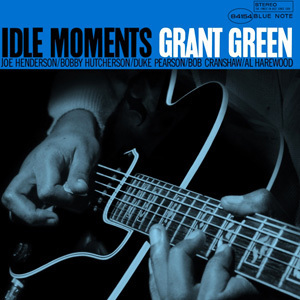