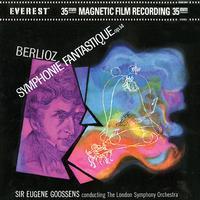 Two LPs are packaged in a protective clear sleeve

Among Classic Records' highlight accomplishments was unlocking the audio majesty of the Everest 35mm magnetic film recordings on a groundbreaking reissue series. Now, return with us, as Classic Records by Analogue Productions returns this vintage audiophile collection to its rightful glory.

Fast forward to today: Classic Records by Analogue Productions is resurrecting this collection through an initial 10-title reissue series. Bernie Grundman cut the Classic Records reissues at both 33 and 45 RPM — the 45 RPM versions have never been reissued!

• Quality Record Pressings 200-gram flat profile LPs — These records are pressed with a flat-edge, no groove-guard flat profile, like the originals. The flat edge refers to the absence of a raised, beaded lip on the outer edge of the record, providing a flat playing surface - and no incline — on your turntable.

Each 2LP set comes with a Stoughton Printing tip-on original jacket and an Everest Records branded jacket showing photos of each reissue title. The two LPs are packaged in a protective clear sleeve.