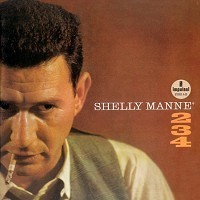 Another gem of an album from the Impulse jazz catalog, arguably the finest jazz catalog for its variety and depth. Shelly Manne (on loan to Impulse from Contemporary) is featured as leader here in three different lineups: duo, trio and quartet. The quartet features Coleman Hawkins on sax and Hank Jones on piano. The trios utilize the magnificent playing of Eddie Costa on keyboards and vibes. Costa's work of the vibes on "The Sicks Of Us" is brilliant. George Duvivier is on bass throughout.

This LP is simply stunning. It doesn’t matter whether you’re talking about the music, the musicians, the compositions, the arrangements, or the sound. Jack Roberts Dagogo

This unusual set has five selections from a date featuring the great tenor Coleman Hawkins, pianist Hank Jones, bassist George Duvivier, and drummer Shelly Manne. Both "Take the 'A' Train" and "Cherokee" find the group at times playing two tempos at once (Manne sticks to double-time throughout "Cherokee"), and showing that they'd heard some of the avant-garde players. The most swinging piece, "Avalon," was previously available only on a sampler, while "Me and Some Drums" features Hawkins and Manne in a very effective duet; the veteran tenor makes his only recorded appearance on piano during the first half. This date is rounded off by a pair of trio features for Eddie Costa (with Duvivier and Manne); one song apiece on vibes and drums. A very interesting set with more than its share of surprises. 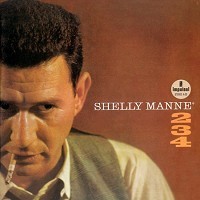